Change Ad Consent Do not sell my data Will Stanford End UConn's Home Winning Streak Record | The Boneyard
Menu
Log in
Register
Install the app
You are using an out of date browser. It may not display this or other websites correctly.
You should upgrade or use an alternative browser.

It's very tough to travel from the west coast to play an east coast game. From my understanding, it's worse than traveling from east to west for a game. Jet lag can be a factor if Stanford doesn't arrive far enough in advance of the game. The last time they played at UConn, they hit the wall in the 2nd half. Even if all things are equal, I'm thinking KML, Tiffany, and Caroline have big games.

Nah, they broke a streak in Palo Alto last year. Not in Hartford this year.

Should be a tight game, though.

We have Kaleena and they don't.

Not if the crowd has anything to say about it. I was in the Civic Center 2 years ago when we howled and stomped and created a wall of noise that, I think, helped wear down Stanford. Even Tara VDV commented on it. I will be there again on Monday - and I'm bringing my Husky megaphone (fair warning to those in section 214).
"I'm always leery of someone who tells me how hard they work. Hard workers just work hard and let their results speak for themselves." -Geno Auriemma

I'll be there too. The team needs a strong homecourt advantage. I see this game as a tossup. Dolson has the size to be a real force in this game. I think they're going to have to double up on her if she's playing well, which makes it vital that UConn hits its outside shots. Hitting a high percentage of threes is going to make or break UConn, IMO.
Wise Guy

Will be interesting to see how the 3 amigo's handle their first big time college game-national tv, a huge crowd and facing a team like Stanford. I am thinking they all raise to the challenge.
I love the smell of napalm in the morning. You know, that gasoline smell. It smells like ………..VICTORY!

The mere fact that Stanford stopped our winning streak at 90 before is the reason that won't win Monday....UConn has motivation to win that game on its homecourt this time. Stanford has the advantage in experience , but UConn has the homecourt advantage. I believe it will be a GOOD game. But i also beleive UConn wins it. We are healthy and they are healthy. The teams are both ready for a Prime Time national broadcast. The difference this year is we have a bench.

HuskyNan said:
...and I'm bringing my Husky megaphone (fair warning to those in section 214).
Expand ... 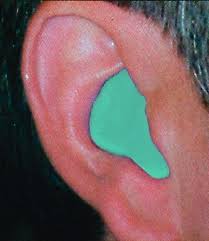 Really, after 10 years or so of sitting near me at games I would think you'd know to bring the earplugs anyway.
"I'm always leery of someone who tells me how hard they work. Hard workers just work hard and let their results speak for themselves." -Geno Auriemma

Icebear said:
That is the last thing anyone should be worrying or thinking about.
Expand ...


Perhaps you can enlighten the board on a daily basis on what everyone should or shouldn't be thinking about.
"What's up, Big G?" -- Piath Gabriel

I'm thinking of driving up from Philly if I can get my hands on a ticket that is good enough to justify the trip.
J

UConnCat said:
I'm thinking of driving up from Philly if I can get my hands on a ticket that is good enough to justify the trip.
Expand ...


CPTV had a few they were hawking last night.

vowelguy said:
Perhaps you can enlighten the board on a daily basis on what everyone should or shouldn't be thinking about.
Expand ...

vowelguy said:
Perhaps you can enlighten the board on a daily basis on what everyone should or shouldn't be thinking about.
Expand ...

That really bothered you enough to make this snarky reply?
Under the influence of fear, which always leads men
to take a pessimistic view of things,
they magnified their enemies' resources,
and minimized their own.
- Titus Livius

Icebear said:
My point is simple worry about the wrong thing and you are likely to get the wrong outcome. Specifically, there is no way the team should get distracted by worrying about streaks. Focus on the game, focus on each possession and let the chips fall where they may.
Expand ...


The team shouldn't be worrying about records but fans, being fans, will worry about anything. Unless the fans are stupefied into silence at the game due to their worry, I don't think it will affect the team.
"I'm always leery of someone who tells me how hard they work. Hard workers just work hard and let their results speak for themselves." -Geno Auriemma

When I posted the poll, I was curious about what the FANS were thinking about, not the team. Geno and the coaching staff will have the team concerned about what they will need to do to beat Stanford, like he did during the long winning streak. Also the freshmen will want to perform well in the 1st big game of the year.

However, I'm sure in the back of Tiff and Caroline's mind and possibly others the thought, don't let Stanford do it to us again will be there. IMHO that's not so bad.

Coaching counts. Very occasionally , yet over a period of years, I've been calling for the use of a deeper bench AND, specifically, for considering subbing in "waves" at times......running the other team right off the court. Was delighted last night to see that, during a SIGNIFICANT time in the game, Coach did just that. We went on about a 30-2 run.....from what had been something like 11-7, I think. Won't happen every time.....but it'll happen plenty with the depth of talent we have and have had and will have. The folks watching here went happily beserk when he put those three kids in when some of the starters were not performing at the level needed/expected.

So, not yet mentioned in this thread is that one BIG key to this Stanford game ( just as it was last year with ND... and other times), will be coaching......Coach not getting fearful and shrinking the line-up because of playing a better team. May Yarders will say he didnt have the horses in prior years.....I disagree .......and, if he didnt have them, one reason he didnt have them is that he didnt DEVELOP them by doing what he finally did last night...............that is, SHOWING enough CONFIDENCE in them early in the season to put them in the game when the game was one the line rather than in garbage time.......and putting them in as a fresh "block" pumped up to swarm tiring opponents. You don't think those kids are feeling like world beaters today? Coaching decisions, not just coaching comments, communicate very, very important messages.

LEwis says in the press today that Coach is SAYING he wants to utilize all eleven. Lordy, I hope so----then, when the inevitable injuries (sadly, the historical odds are that they surely will occur, to one extent or another..........Shea, Svetlana, Caroline, and on and on and one) we will have confident and prepared replacements ready.....and will not miss out on he banners that could be added (and, could HAVE been added) to the rafters.

Coach and our staff do a marvelous job of recruiting (and of so much else as well). Make use of what you recruit. By the way, in line with this theme: take a look at Johnson (LAST in virtually every time in the four games) and her productivity every time. Geno says she can't run? I bet she gets up and down the floor faster than Dolson????

While i'm at it, I would also suggest not making the game more complicated than it must be, and let the kids like Banks and Houston etc PLAY the way they know how. There isn't just ONE "precisely right" way to be a solid and contributing basketball player on a championship team.

doggydaddy said:
That really bothered you enough to make this snarky reply?
Expand ...

vowelguy said:
Hello Kettle, it's the Pot. You're black.
Expand ...

And nice way not answering my question.
Under the influence of fear, which always leads men
to take a pessimistic view of things,
they magnified their enemies' resources,
and minimized their own.
- Titus Livius

HuskyNan said:
The team shouldn't be worrying about records but fans, being fans, will worry about anything. Unless the fans are stupefied into silence at the game due to their worry, I don't think it will affect the team.
Expand ...

It will be a close game for sure. I believe we have a big edge in guard play. If we pressure Stanford's guards like we did Pacific, it could get real interesting.

We get the edge in team speed. And we have more depth in the frontline than last year. Kia could play a key role. And if Heather can contribute like she has the last two games we should be able to battle Stanford's front court to a stand still.

So we win by 5 to 8.
Leave this world a little better than you found it - Lord Robert Baden-Powell.

doggydaddy said:
That really bothered you enough to make this snarky reply?
Expand ...


And his snarky reply bothered you enough........ah nevermind.

Wolves do not concern themselves with the opinions of sheep.