Alright, who does everyone have? Top 6 and Bottom 3.

I’m going with Liverpool, Spurs, City, and Arsenal for top 4 (throws up in mouth).

Top 6
1) Liverpool was the best team last season, and I think they’ll convert more of last seasons draws to wins.
2). Spurs are coming in to the season relatively healthy (knock on wood as there’s still a friendly remaining), and are on a bit of a mission. I believe they will break their trophy drought winning one of the 4 competitions they’re in. if they can keep their back 4 in tact, and not get ‘Spursy’ or turn in to ‘Bottleham’ they could threaten Liverpool.
3). City is loaded, I think they will settle back slightly though.. just a hunch.
4). Arsenal is going to blow lesser teams out with all their offensive weapons, but will struggle against the top 6 and well structured defenses who will expose them on the counter. They’ll lead the league in goals scored and probably concede more than any other team in the top 10.
5). Leicester will threaten for top 4. Some good signings, Rodgers will do well there, but losing Maguire will hurt.
6). Man U- Maguire is a great addition, Ole will lost the locker room though, especially if they still have Pogba.

Other teams -
- Wolves are not sneaking up on anyone this season, and I could easily see them finish in bottom half of the table since they’ll be dealing with Europa League now. Whole different ball game playing those Thursday night matches and then back to league play on Sunday.
- Chelsea transfer ban is gonna hurt them. Interested to see how Pulisic handles the more physical play. He’s going to take a lot of knocks to neutralize his pace. Lamp are will be on the hot seat by years end.

I think Wolves can improve on last season. They have a lot of talent coming back from last year's 7th place team in Jota, Neves and Jiminez. Last year, Wolves played extremely well against the top 6 but played horribly against the bottom 6. Hoping they can clean some of that lower tier crap up and break into the top 6.

They brought in a couple transfers to address the additional Europa qualifying matches including 21 year-old striker Patrick Cutrone from AC Milan. They may have one or two more signings left in them.

really hope Liverpool hold on to the Welsh Wizard, albeit, not much playing time with the current squad. agree with AreBee re: Wolves. Think Everton could potentially make a push up to 6.

I'll have to wait til Thurs to see if Arsenal can bring in a CB. If not, they'll have a tough time making top 4. IF they can get one, they have a decent chance with their offensive firepower. And they only missed top 3 by 2 points last year.

is easy. I think Man City has more depth for the season run.

I think Everton can make a run at top 6.

I'll go with Southampton, Norwich City, and Brighton & Hove to be relegated.
B

I wouldn't begin to speculate on how I think Spurs will do (or Man United for that matter) until the transfer window closes. Way too much up in the air to speculate.

Of course, may change this should any major moves take place before the summer the transfer window closes.
Last edited: Aug 6, 2019
D

If Arsenal somehow manages to swing this deal, I would bump them up to 4 as the Gunners would have extra money after dumping his salary to bring in significant reinforcements on defense. 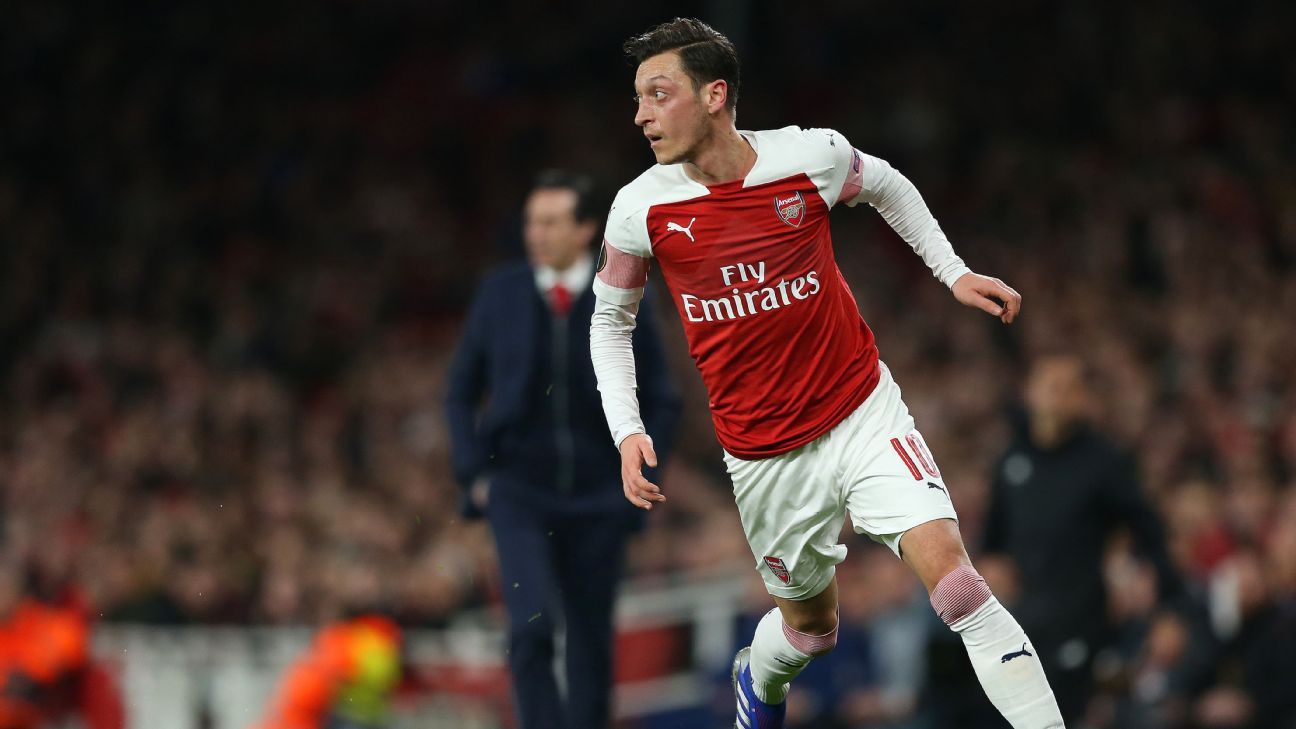 D.C. United will hold talks this week with representatives of Arsenal midfielder Mesut Ozil, sources have confirmed to ESPN FC.

PS - Ozil and MLS are perfect matches, he'll generate money for MLS and he will not be expected to give it his all for 90 minutes every game.

*Yes, Wolves at 5th...how much would that win me on betting sites?

meyers7 said:
I'll have to wait til Thurs to see if Arsenal can bring in a CB. If not, they'll have a tough time making top 4. IF they can get one, they have a decent chance with their offensive firepower. And they only missed top 3 by 2 points last year.

is easy. I think Man City has more depth for the season run.

I think Everton can make a run at top 6.

I'll go with Southampton, Norwich City, and Brighton & Hove to be relegated.
Expand ...

Ok Transfer Window closed (in anyway). Looks like we got a replacement (sorta - Sideshow Bob), but hey we got Tierney so that should be an improvement. The less we have to play Mustafi, the better off we'll be. When Holding and Bellerin come back our defense will be better than last year. We should score more than last year, sooo overall we should improve. And like I said we were only a couple points off 3rd.

I'd be very happy with that. With a shot at Europa and the FA cup. That would be a great year. Being able to celebrate St. Totteringham's Day?...... that would be icing.
B

1. Man City. The best and the deepest team in the league. If their eleven starters all got hurt and the second unit could go injury free, it would probably still be Top 4.

2. Liverpool. I expect a fall off -- what they accomplished last year with that roster was remarkable -- but the only team I can see catching them is Spurs. More on that in a moment.

3. Spurs. Spurs had a good transfer window -- added two players, one of whom I expect to be outstanding from day one and the other will be good and may be outstanding, right now and two for the future -- but not a great window. Adding either Coutinho or Dybala would have put then in the league of Liverpool, but they didn't. Also, in the long term not getting the money they wanted for Ericson will hurt. I expect him to be sold to Europe by September -- and if not to go somewhere in the winter window -- but they were counting on more money for him than they will get. I expect Spurs to be better than they were last year -- maybe substantially better -- but probably falling just short of Liverpool.

4. Big drop off to #4, and it's wide open. If I have to guess I think getting David Luis gives Arsenal the #4 spot -- at least it can score and I expect they will get a hold of their road woes in year #2 of this regime -- but if you tell me it's Chelsea or United, I'm not shocked.

Not sure that anyone from the next tier (Leicester, Wolves, Everton, Hammers) has a chance for top 4, but if you tell me one or two of them pip a collapsing Chelsea, Man U or Arsenal for Top 6, I'm not at all surprised. One of those clubs may end up in free fall.

UConnTrumbull said:
*Yes, Wolves at 5th...how much would that win me on betting sites?
Expand ...

Not that much, I would think. They would only have to move up 2 spots.

Waquoit said:
Not that much, I would think. They would only have to move up 2 spots.
Expand ...

I predict that soggy Luddite brits will bitch about VAR.

Hope Pulisic has a good game. If he gets off to a rough start, Chelsea fans will
be all over him thinking he needs to be the next Hazzard.

Edit: Pulisic starting on the bench.

I raised an eyebrow at starting Mason Mount over him. But I didn’t see the game.

But the EPL is always going to favor Brits.

ZooCougar said:
I predict that soggy Luddite brits will bitch about VAR.
Expand ...

What about the fact that VAR sucks?

Waquoit said:
What about the fact that VAR sucks?
Expand ...


That may be true but I expect them to ”whinge” an awful lot and to be soggy biscuits all around.

I had some unexpected free time this weekend and caught three games, though I wasn't paying that close attention.