It’s like he started watching him play three days ago.

LIuconn said:
I'd be ok selling Kane. The team isn't built for poaching or goals off of crosses
Expand ...

Isn't this an apt metaphor for what Liverpool has done to City this year?

Waquoit said:
Isn't this an apt metaphor for what Liverpool has done to City this year?

Argh, if Chelsea was going to beat Arsenal, I was hoping that Pulisic would be the cause if it; but, he wasn't even dressed for the game due to hammy injury he picked-up in practice. The match itself was not pretty; but, it had a lot of passion (8 yellow cards) and Arsenal played much better on the pitch in the first 30 minute of each half than they have recently.

Give credit to Lampard as he made exchange around the 35' mark putting in Jorginho for Palmieri to switch from a 3-4-3 to a 4-3-3 as the original formation was not working.

Arteta could not do the same for Arsenal on defense to stem the tide in the last 15 minutes, though admittedly, he has very little to work with on defense, which has been THE issue for Arsenal the last 3 or 4 seasons. With Arsenal's defensive woes well document, blowing the game with 10 minutes left was no shock.

The referee (Craig Pawson) did not have a good game and clearly impacted the final result, which should never be the case. He missed a clear foul by Guendouzi pulling down Abraham just outside the box in the 1st half. Then, he somehow missed Jorginho pulling down an Arsenal player right in front of him and instead gave Lacazette a Yellow for a relatively benign dissent. If he called the game correctly, that would have been Jorginho's second Yellow and he would have been on the sidelines for a 10-man Chelsea team instead of scoring the tying goal. Argh!
Last edited: Jan 1, 2020

Looks like the Hartford Athletic connection is already paying off for Southampton. Since they announced their partnership, the Saints have moved from 19th to 12th in the table with 2 recent wins against Big 6 teams.

Finally, a solid game as the everyone committed to defense and kept a decent structure. Even with Aubameyang not playing well, they take 3 points in a convincing 2-0 win over a limping Man U squad.

Mr. Conehead said:
Finally, a solid game as the everyone committed to defense and kept a decent structure. Even with Aubameyang not playing well, they take 3 points in a convincing 2-0 win over a limping Man U squad.
Expand ...

Waquoit said:
Isn't this an apt metaphor for what Liverpool has done to City this year?


What a fantastic comeback! Adama had a great month. Wolves played a great match against Liverpool two days later but took a 1-0 loss. VAR disallowed the equalizer to Wolves for a hairline offside. VAR is just killing the game the way it's being used.

Then they followed up those two remarkable games by laying an egg at Watford. Much like last year, they have managed the top five better than the bottom five.

ZooCougar said:
Mason Mount? He was underwhelming while Pulisic was on his tear. And he literally pouted like a jealous little soggy Brit every time Pulisic scored or literally did dribble through the entire defense. Again. Have you actually been watching?
Expand ...

Evidently I've been watching the same games as Frank Lampard. Pulisic has logged 112 minutes over the past five games; Mount - 319.


Injured for one match and he started 12 matches in in a row leading up to the holiday period. How many starters actually started the FA cup match?He’s got to step up soon but the picture you painted about his game isn’t accurate. Not even Hartford Athletic fans would predict Southampton winning at Leicester after losing at home to the same crew 9-nil. That's 13 points in the last 5 games.

If I had to take a shot everytime an Arsenal player was given a Yellow, 2 for a Red, and 3 for blowing a lead in the last 20 minutes, I would need a liver transplant before May Day.

Man City's ban from Champions League opens up a spot to someone willing to take it. Four teams within five points of 4th place, 8 teams within six points of 5th. Going to be a slugfest!

Overall, Wolves have (on paper) a very favorable schedule to round out the season, but they seem to do worse against the bottom half of the table than they do against the top half. And, it's dangerous to count out any team facing relegation when you figure in the desperation factor.

And I thank them. Still only 1 Invincibles.

meyers7 said:
And I thank them. Still only 1 Invincibles.
Expand ... 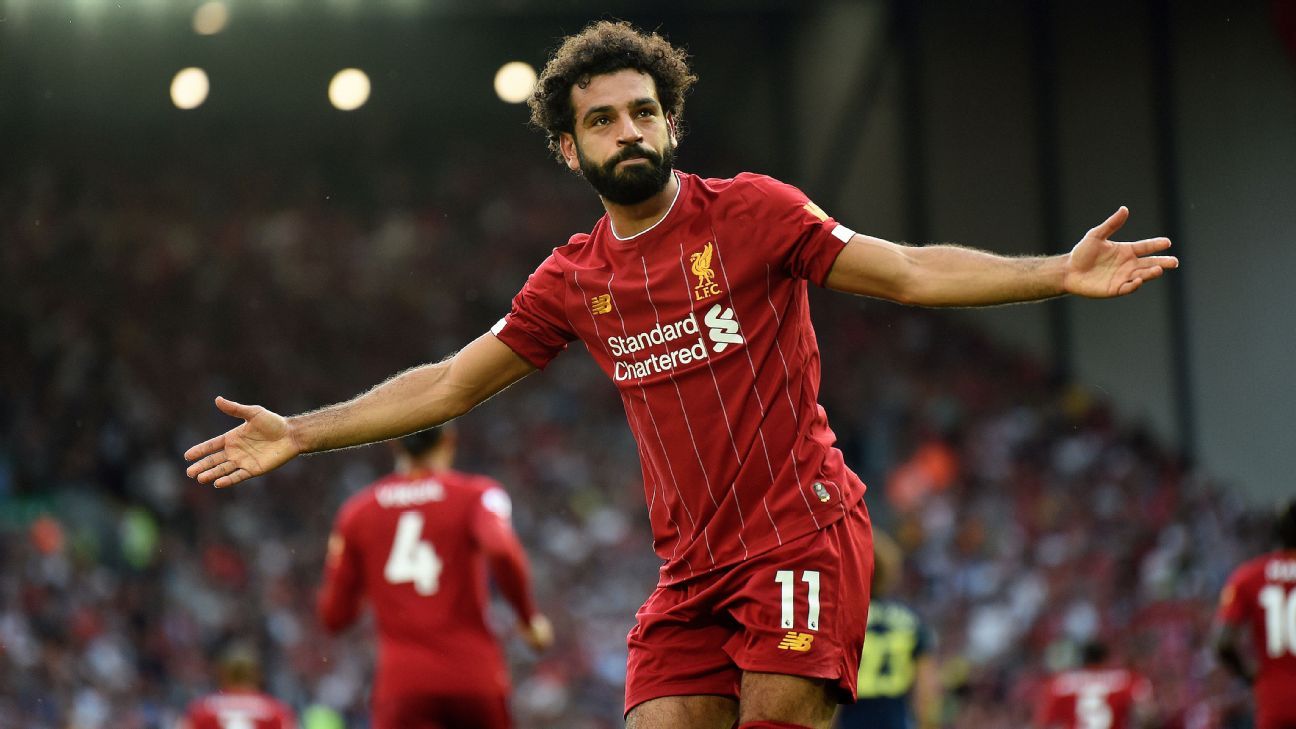 Premier League to return on June 17

The Premier League is set to resume on June 17 after the clubs gave "Project Restart" the green light at a shareholders' meeting on Thursday.

Any word on NBCSN coverage?

Premier League to return on June 17

The Premier League is set to resume on June 17 after the clubs gave "Project Restart" the green light at a shareholders' meeting on Thursday.