I guess it is never too early to start this thread on where UConn players will be playing in the various summer baseball collegiate leagues. As always, the info in this thread is always subject to change.

Hopefully there will be summer college ball this year.

>>The NECBL will likely decide on April 19, the date of the next league-wide conference call between the 13 teams. The summer league, which features teams from all six New England states, usually runs from early June to early August.<<

There still may be some hope for the summer collegiate baseball leagues, even though at this point I am guessing sports will be a no go this summer. My wife and I know a couple from our UConn days who has a son who plays Division 3 baseball, and is slated to play in the New York Collegiate Baseball League (NYCBL) this summer. Our friends just told us that they have been informed that the NYCBL is going to try to play this summer, even if it is an abbreviated schedule. We'll see what happens.


Unfortunately, this is not a surprise.

dbmill said:
Unfortunately, this is not a surprise.
Expand ...


Oh it wasn’t a complete surprise. Bad time to be flying kids in from all over the country, placing them w/ host families and finalizing local jobs for 8 weeks. Shame tho’
D

huskymedic said:
Oh it wasn’t a complete surprise. Bad time to be flying kids in from all over the country, placing them w/ host families and finalizing local jobs for 8 weeks. Shame tho’
Expand ...


The collegiate summer leagues and some minor league teams such as the Norwich team rely very heavily on host families to house players during the summer while these leagues are active. I expect this will be a big reason why these leagues might get cancelled this summer, as it will be hard to get people in the community to host these players this summer. Not to mention social distancing at ballparks, among other reasons.


The story linked in this tweet lists the current status of various collegiate summer leagues on when they may start up, if at all:

>>"The writing was on the wall," Long said on Friday. "When the Cape Cod League canceled last week, the knee-jerk reaction from a lot of the (NECBL) general managers was to follow them and cancel, but we had made a pretty thorough investigation of the whole scenario and really held to May 1st as our deadline. I'm glad we did because with each day we see more and more of the landscape of the summer in front of us. This last week made the decision even easier."

There were just too many hurdles to clear to even try to play baseball.

The NECBL has 13 teams spread across all six New England states, which are all at different stages of recovery. It would be extremely difficult to meet social gathering restrictions even without fans in attendance. Plus, it would have been challenging to brin in players from all around the country and find enough host families for them.<<

>>There's still a possibility there will be summer collegiate baseball in the New England area. The Futures Collegiate Baseball League officials remain optimistic about playing sometime this season, according to its website. The league has delayed the start of the season, which was set to begin on May 27, to a yet to be determined date.

Of the seven Futures teams, five reside in Massachusetts (Brockton, North Shore, Pittsfield, Worcester and Westfield), one in Connecticut (New Britain) and one in New Hampshire (Nashua).<<

dbmill said:
The story linked in this tweet lists the current status of various collegiate summer leagues on when they may start up, if at all:


The latest on whether or not various collegiate summer leagues may play this summer: 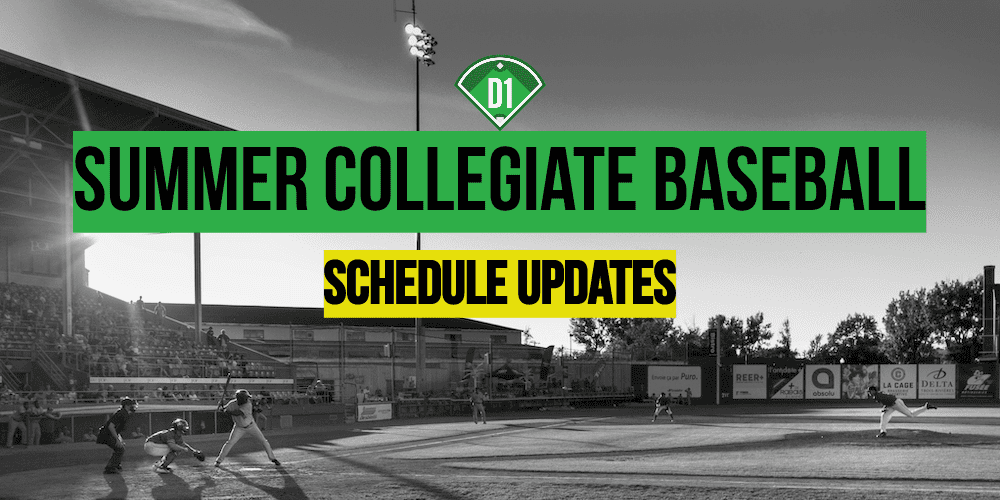 Collegiate Summer Leagues have all sorts of uncertainty as the summer nears. Track who's doing what from a scheduling standpoint.

Another bites the bat...


I've heard of this league before, but I always found it tough to get any news about it. To say that this league operates way under the radar may be a bit of an understatement. It gets virtually no publicity. Also, it is a league that even though it is in UConn's backyard, the Huskies have never publicized sending players to it before as far as I know. But in a summer like this, any port in a storm is a good one.
D

Not that I have great confidence that they will actually play this summer, but Todd Petersen is on the New Britain Bees roster in the Futures League.
D

Probably the most publicity the Connecticut Collegiate Baseball League has ever gotten. Says in the story that Colby Dunlop and Ben Maycock are also slated to play in this league, along with the previously mentioned Fedko's. Also incoming UConn recruit Phoenix Billings.

With other summer leagues shuttered, the Connecticut Collegiate Baseball League could be only game in town for top prospects

The Connecticut Collegiate Baseball League plans to play from July 1 through the first week of August, and if it can do so under existing cornavirus protocols, it could be the ideal place for top area college players and pro hopefuls to play and be seen.

>“We’re staying very positive,” said Vincent, who has long been involved with American Legion baseball in Simsbury. “We are the only ballgame in town in that age group. I’ve never had rosters filled with Division I potential draftees. I’ve got three or four who’ve said they’ll play, but if they’re drafted they won’t come into the league.”

The CCBL, which has been around 13 years, is usually for younger college players, or Division II or III players, with the Cape League or the New England Collegiate Baseball League for more experienced, accomplished players.<

>“We’re not forcing anyone,” UConn coach Jim Penders said. "It’s a decision for the players and their families. The commuter aspect of this league, where players don’t have to travel, or stay with host families, they can live at home or in their college dorm room, it’s a good compromise.”<

>The plan is for small group practices, within state guidelines, in June, ramped-up practices when Phase 2 of reopening begins June 20, and a season that begins July 1 and runs through the playoffs the first week of August, with gatherings of up to 50 allowable. Team rosters will have 24 players, but only 18 at each game; pitchers who pitch the previous game, for instance, would not come to that day’s game.<

UConn used to send players to the Northwoods League, but they haven't in several years.


The Connecticut Collegiate Baseball League doesn't get a mention on this list of summer leagues. Just shows you just how high a profile this league has had in the past, pretty much nonexistent.
D

dbmill said:
The Connecticut Collegiate Baseball League doesn't get a mention on this list of summer leagues. Just shows you just how high a profile this league has had in the past, pretty much nonexistent.
Expand ...


CCBL is typically very low level for college summer ball. Maybe they’ll get better players with all the cancellations. My son was to play in NECBL, which was cancelled, so hoping to play in CCBL just to get some games in. Fedko brothers would also be a great upgrade in talent.

There’s a chance they can play, as there’s are no bus rides, limited host families, etc. but I’ve been told not to get my hopes up.
You must log in or register to reply here.
Share:
Facebook Twitter Pinterest Tumblr WhatsApp Email Link