The fall classes at UConn start up, the first team meeting takes place, and so does the news relating to UConn baseball and fall ball. Good to see.


While I pretty much assumed Austin Peterson would be back in Storrs this year, I'm taking that tweet as pretty much a confirmation that Peterson is indeed back with UConn baseball. With Peterson, Gallagher, and Crawford, UConn weekend starting pitching looks like it could once again be one of the strengths of the team for the upcoming spring season.
Last edited: Aug 31, 2021


Not really a surprise, but the first two tweeted intros of incoming players to the UConn baseball program were both Grad transfers from other Division 1 schools. 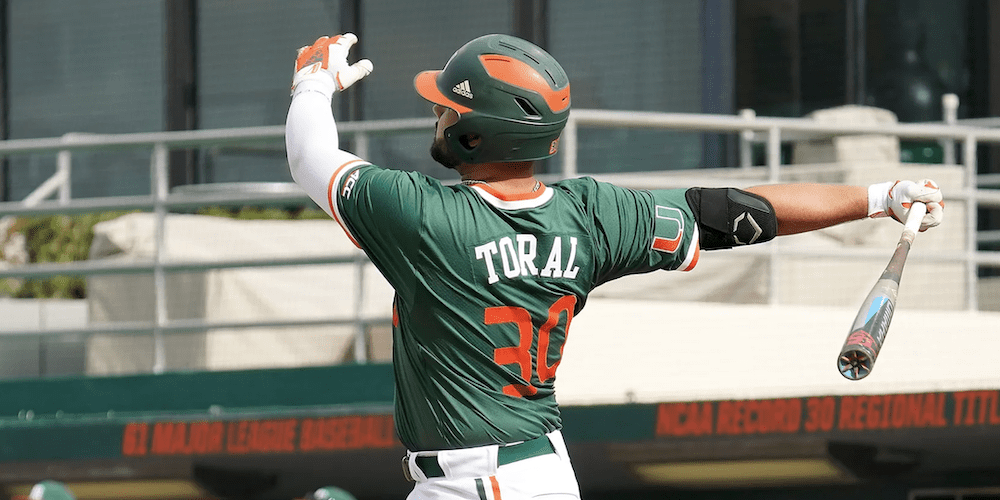 Our deep dive into the Top 75 Transfers continues with our look at players 56-65, headlined by FSU slugger Alex Toral.

Plenty of eyeballs will already be on the Huskies in the spring with the continued emergence of two-way superstar Reggie Crawford, and they’ll notice Dana, too. The 6-foot-4, outfielder has earned a strong reputation for the Pirates over the past couple of seasons, hitting .367 during the COVID-shortened season before hitting .306 with seven home runs and 36 RBIs this past season. Dana has a load of experience and can hit for home run and gap power.
Expand ...


The addition of Curren Larson gives UConn baseball a total of 4 California JUCO's for the fall ball season, together with Zach Bushling, Terrance Simmons, and Devon Kirby.

Crazy to look at pics and not immediately not know who they are of. I see #3 and I think the warden…I look at the pic and it’s a lefty hitter. Need to learn the newbies!!! fall ball can’t happen soon enough….


These tweeted introductions of newcomers to the team are interesting. UConn baseball has not done anything like this in a long time, putting out any sort of a press release or tweet on introducing the newcomers to the team. These introductory tweets are pretty much new ground for UConn baseball. There were quite a few times where we didn't find out about a few players being on the fall ball roster until the player introductions at the annual Barbecue and Alumni Game in late September.

My suspicion has been for quite a while is that this is because usually there are around 46 players with the team during the fall ball season, but with the 35 man spring roster plus the 3 or 4 players who end up redshirted on the "taxi squad", several players will end up getting cut from the team, and I suspect that the coaching staff doesn't want to publicize such players, then end up cutting them.

Whatever the case, now I'm wondering how far UConn baseball will go with these tweets. Will they tweet out an introduction for every newcomer to the team, whether or not they are receiving some scholarship money? There are no doubt players who are walking on to the team and getting no scholarship money who are long shots at making the spring squad, will they get a tweeted introduction as well? There are 13 incoming freshmen who have been mentioned in the recruiting threads as joining the team this season, will they all get an introductory tweet? As far as I'm concerned, I've been enjoying these tweets, so I will be quite happy to see them continue for the duration.

-> The Huskies will play two fall exhibition games with a Friday, October 8 matchup against Niagara CC at 6 p.m. at Elliot Ballpark and followed up by another home contest on Saturday, October 16 against URI at 1 p.m. Admission is free. <-


This past summer Devin Belenski managed the Norwich Sea Unicorns in their first season in the Futures League.
D

In the weight room:

We all must be thinking about drier days: