The UConn women continue their stretch of road games today taking on Xavier at 3 p.m. in Cincinnati. The Huskies have four games remaining before focusing attention onto the Big East Tournament, which runs from March 5-8. Xavier (4-6, 1-5 Big East) is coming off of extensive COVID-19-related issues that sidelined the team for most of the calendar year. The Musketeers played their first February game on Wednesday, falling to DePaul, 83-75. That was one of only three games they’ve played in 2021. The Musketeers have taken the court just twice since Jan. 4.

Scouting the Musketeers - Xavier has dealt with COVID issues for much of the season and has only played six Big East games thus far, the fewest in the conference. Her Hoop Stats has Xavier ranked 215th in the nation overall. The Musketeer's offense is middle of the pack at 66.9 points per game but their defense is dreadful, allowing opponents to score 73.6 points per game. UConn should have a field day.

Nia Clark leads the team with 14.0 points per game while two other players average double-digit scoring as well. A’riana Gray and Kaelynn Satterfield are both tied for the team lead with 6.6 rebounds per game. 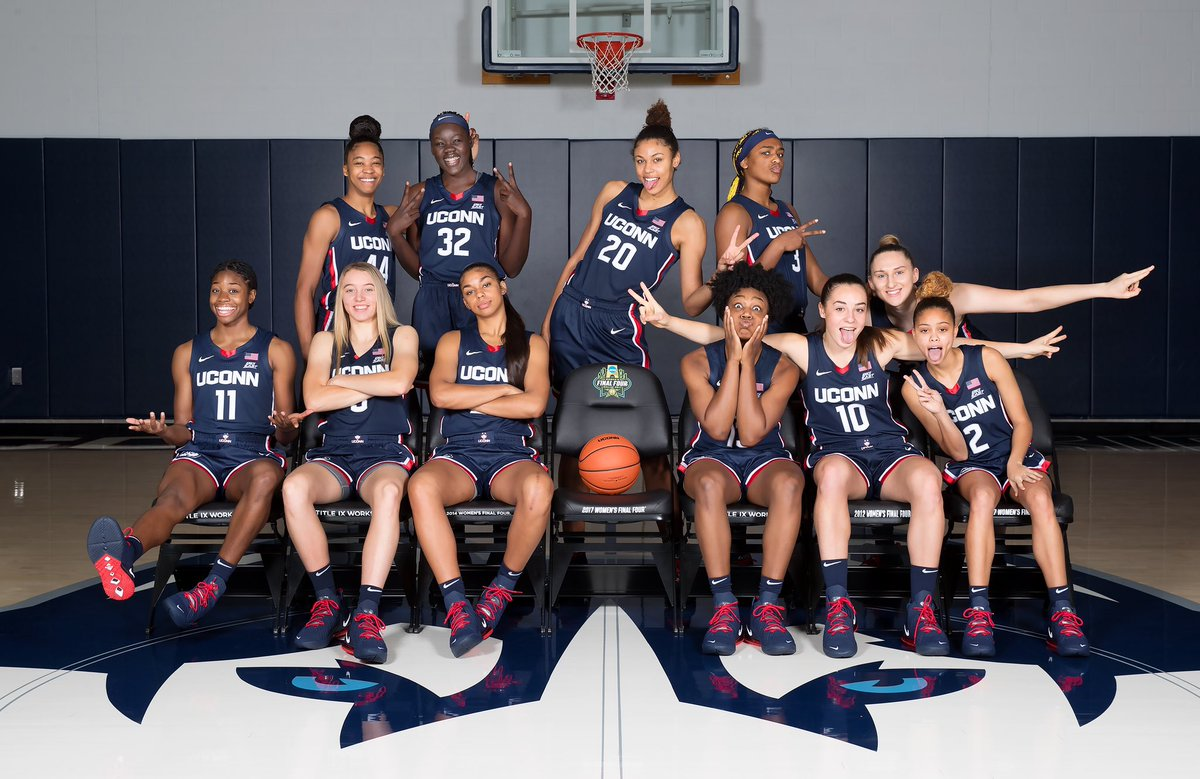 No. 1 UConn women’s basketball vs. Xavier: time, how to watch, broadcasters, preview

The No. 1 UConn women continue their lengthy road-game stretch Saturday afternoon, taking on Xavier at 3 p.m. in Cincinnati. It’s their fourth-to-last regular season game before focusing their attention onto the Big East Tournament, which runs from March 5-8.

This weekend in the BIG East -
The second-to-last weekend of the BIG EAST women’s basketball regular season tipped off on Friday with a crucial matchup between third-place Marquette and fourth-place Villanova. The game was the first of six conference tilts this weekend and the lone contest on Friday. Saturday features Providence at Seton Hall at 1 p.m. (BEDN), Creighton at No. 19/19. DePaul at 2 p.m. (FS1) and No. 1/1 UConn at Xavier at 3 p.m. (SNY). Two contests follow on Sunday as Villanova visits Georgetown and Providence travels to St. John’s, both tipping at 2 p.m. on BEDN. Saturday’s nationally televised tilt between the Blue Demons and Blue Jays is the second time this rivalry will be featured on FS1 this season, after DePaul scored a hard-fought 90-81 win in Omaha back on Dec. 22.

Midweek Notables
Villanova From Three – Playing their first game since Feb. 3, the Wildcats showed no signs of rust against Butler on Tuesday, coming one three-pointer shy of the BIG EAST single-game record. Villanova drained 17 shots from deep, including 16 in a commanding 67-point first half. BIG EAST leading scorer Maddy Siegrist had five triples on the night to finish with 24 points.

DePaul’s Triple Threat – With a layup in the fourth quarter on Wednesday night, DePaul’s Sonya Morris became the third Blue Demon player to reach the 1,000-point mark this season and second to do so this week. Lexi Held reached the milestone on Monday against Seton Hall while Deja Church scored her 1,000th point back on Jan. 21. DePaul is the only team in the BIG EAST with multiple 1,000-point scorers.

Seton Hall Survives – The Pirates went into overtime for the second time in the last three games on Thursday afternoon against Georgetown. Lauren Park-Lane scored a career-high 32 points, including 13 in overtime, to lead The Hall to the seven-point win. The Pirates’ last three games have been decided by single digits, including two in overtime, while five of the last six games for the Hoyas have been single-digit affairs.

I like these early starts--noon here on the left coast--because there's a chance I'll get to view a replay of the game before nightfall.

No, not that Providence.

Mother Argonaut is there live and in person cheering for our ladies, while I am quite jealous on the couch! 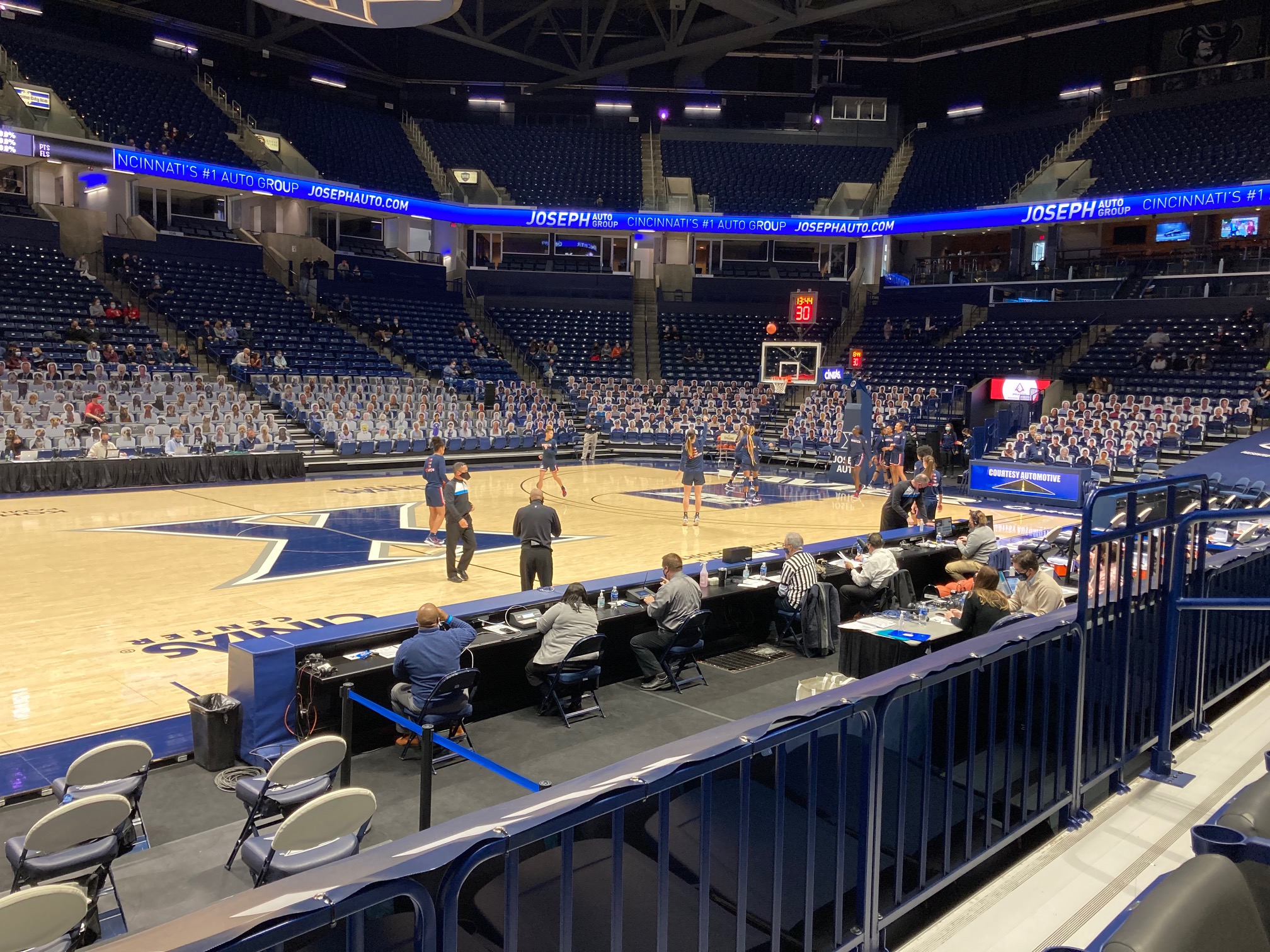