Ever wonder about Chris Daley was like as a player?

Apparently we are about to find out:


What do inquiring minds want to know?

I've been looking forward to this.

As it turns out, this may be the best time to release it, with all live sports canceled and millions of people on some euphemized version of home arrest.

I'm assuming that they're posting the video of the game in advance of the film.

Here's a trailer of the film:

Uuh. Do not expect too many CD highlights . Donuts across the board. 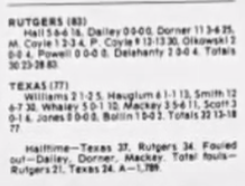 eebmg said:
Uuh. Do not expect too many CD highlights . Donuts across the board.

All I could find on the Rutgers website from that season was this, which says she averaged 3.1 ppg and 2.6 rpg:

all from the NC winning team.

Rutgers Hall of Fame Members that played under Vivian - 20+ years:

and that, in a nutshell, is how much that AIAW winning team is thought of.

There are numerous other hall of fame members from the WBB teams, particularly the years just before 1982, the Wicks era (mid-late '80s) and of course Caroline DeRoose, from the early '90s. Some were nationally known, others best known at Rutgers. Plus, lest we forget, the department secretary from those years, which has always puzzled me, as well as the woman that founded the Cager's Club fan club.
B

So you are saying CD's gpa was higher than her ppg?..

eebmg said:
Uuh. Do not expect too many CD highlights . Donuts across the board.

CD is the personification of the player who got the most out of their ability and became a student of the game. How often has Geno gone out of his way to not only praise her but to tell anyone who will listen that he would never have had the success that he has enjoyed without her by his side the entire time.

So where are the game threads of Geno's playing days?

Best Coaches are not always the best players, but of course BYers know that. Right?

She still has the upper hand busting butts. I have 12 NCs and you only have 11, LOL!

The video on YOUTUBE is private? That's a drag.

Blueballer said:
The video on YOUTUBE is private? That's a drag.
Expand ...

If the players don't all show up to the first practice of the new season wearing Chris Dailey wigs....

The video is up and available:

Fun game. Rutgers in particular very fundamentally sound. CD would have been all over CD fouling out.

1. Woman's basketball has changed dramatically.
2. It is odd to root for Rutgers.
3. What's up with those ref uniforms? They look like middle school girls gym clothes from the 1940's.
4. Best moments? The two behind the back passes.
5. Runner up best moment? When they dropped the Rutgers male cheerleader in mid split and he keeps on cheering form the ground (@52 minutes)
6. Chris's shirt was... out the entire game. 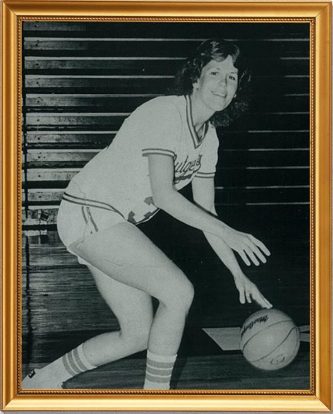 Ever wonder about Chris Daley was like as a player?
Absolutely no attack on the OP, just my view on the topic. First all I need to know is she was a captain on a team for both her JR and SR seasons. The latter winning a NC.

Great coaching prospect in my eyes. Eleven NC's later .....
Another glaring show of how stats can be misleading....

I only had time for the first few minutes. But in that short time, CD reminded me of Kyla Irwin. always talking on defense. setting screens. blocking out. Some coach should be taking Kyla under their wing now, because she is the next CD...

Nice analysis of Chris the player in the game / season 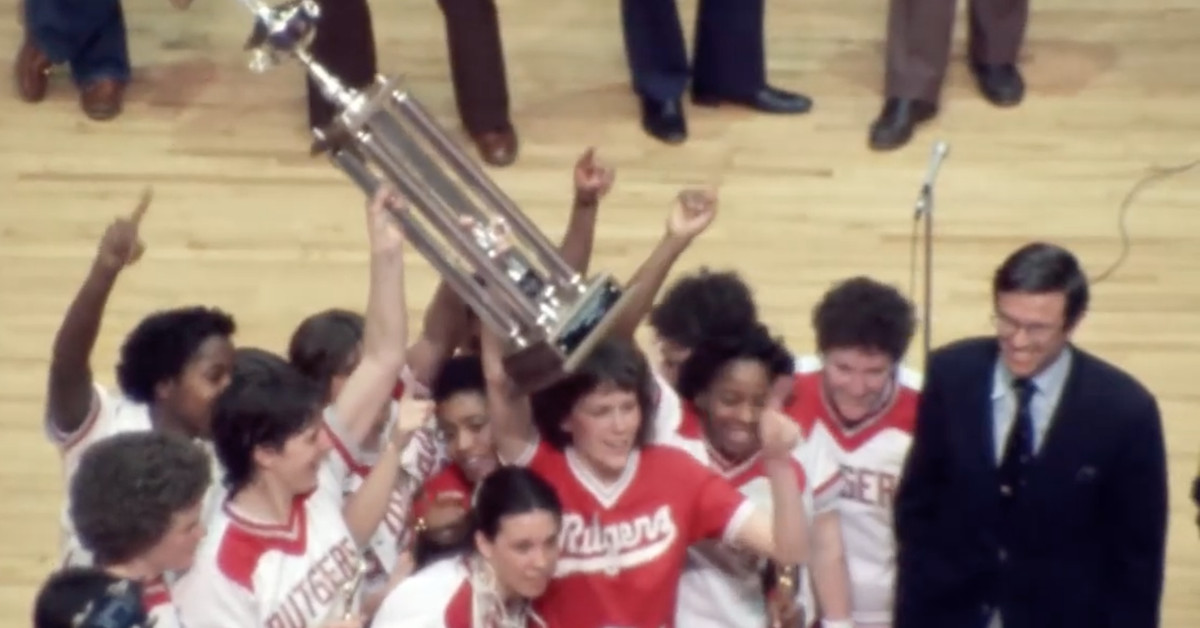 Watching Chris Dailey win the national championship (as a player)

Here’s what we learned about the longtime UConn assistant coach and her playing days.

Here is the 1983 game on Youtube. That USD team was stocked. Very poor quality but interesting. Very different look than the AIAW