Change Ad Consent When Will The College Hockey Season Start? | The Boneyard
Menu
Log in
Register

When Will The College Hockey Season Start?

Plz keep the political/partisan/virus noise out:

Here are the HE related tweets from Mike McMahon referenced in the article:

Mike McMahon @MikeMcMahonCHN Aug 28
Some Hockey East tidbits: The league's Return to Play Taskforce has been meeting since early August. The task force consists of medical experts, people in facilities at HEA schools, etc. Basically, everyone is represented. (1/3)

Mike McMahon @MikeMcMahonCHNAug 28
(2/3) The task force, in the following weeks, will provide the athletic directors with some guidance and recommendations. The ADs will then decide the best course for the 2020-21 season.

Mike McMahon @MikeMcMahonCHN Aug 28
(3/3) From what it sounds like, I wouldn't expect anything to start for at least a few months at the earliest. I keep hearing early January. Perhaps the Jan. 8/9 weekend (that's been brought up a few times).

Uconn can always join the local beer leagues. We've been skating since July.

My guess is: January, conference only or conference plus two play*, most schools won’t allow fans in the building.

League by league:
Hockey East - basically already in a Boston metro “bubble”. Unlikely to meaningfully change though they might consider shifting away from home and home scheduling.
ECAC - May consider an “Ivy schedule” and an “Empire plus QU schedule” especially due to my perception that the Ivies are more likely to quit on the season than any other grouping.
Atlantic Hockey: May strongly consider an East and West schedule split to minimize travel.
B1G: Second most likely to just up and cancel.
NCHC: Least likely to change.
WCHA: The CCHA 7 are probably wishing this was the year that they split off instead of next. The league least likely to want conference only scheduling and most likely to be screwed by it.
Independents: Arizona State is hoping there’s not conference only seasons; I think they’ll be able to salvage enough dates in a plus two season. LIU thinks they can start hockey this year but I’m skeptical unless they think they can ally with Atlantic.

IF there’s a tournament, look for them to consider a single site bubble at the Frozen Four site (too bad this isn’t the year the FF is in Boston and they could literally host the whole thing between the four Beanpot schools as “regional” hosts plus the Garden). Conference only play will wreck the metric the NCAA uses for selection, so look for something idiosyncratic for this season only like “all six leagues send two teams automatically, and the four at-larges are basically selected by the committee by the equivalent of throwing darts at team logos”.

*The several conferences will do everything they can to keep the Beanpot and GLI on schedule. 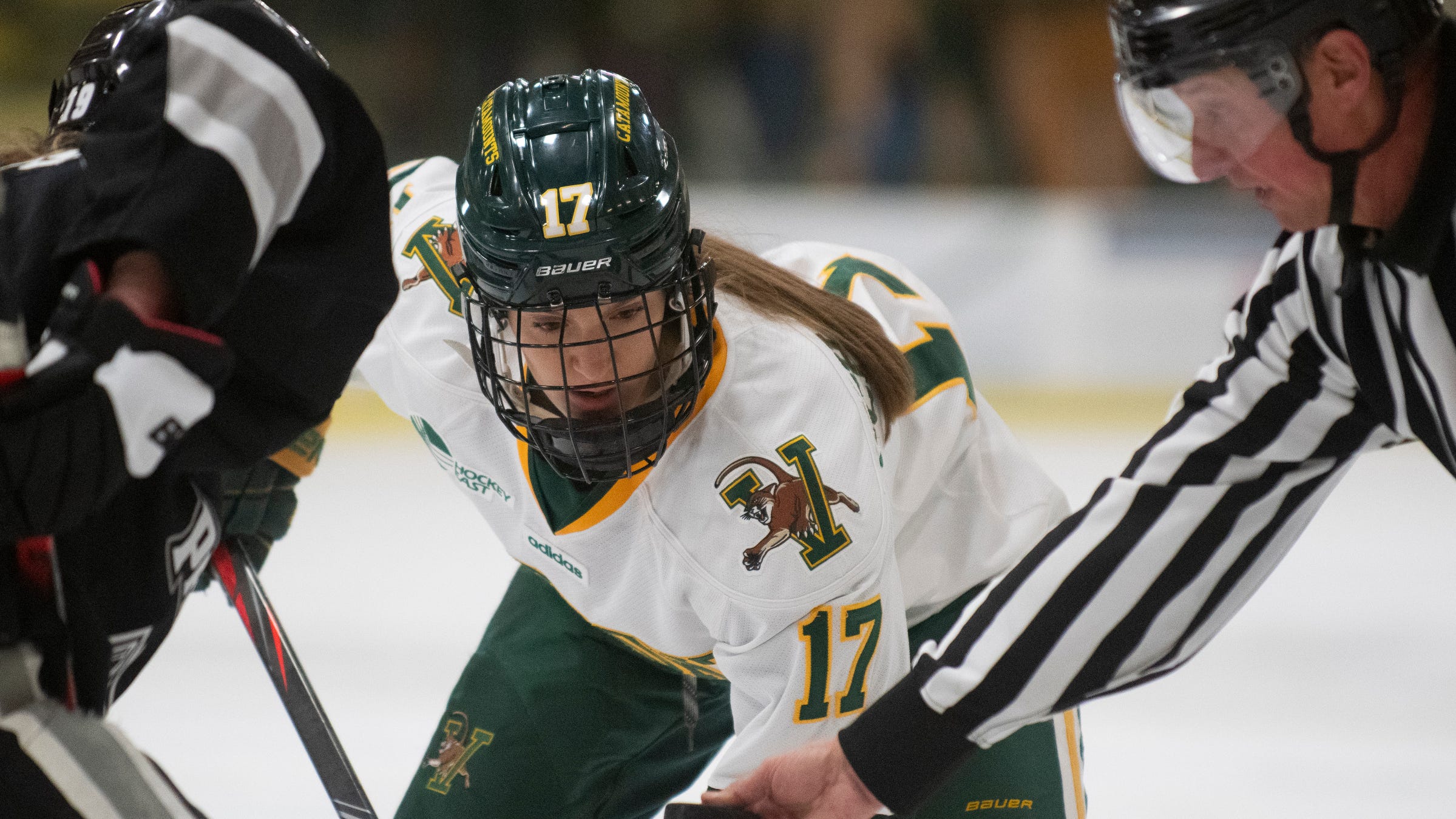 The Hockey Commissioners Association announced last week that the 2020-21 hockey season will have a delayed start due to the COVID-19 pandemic.
www.burlingtonfreepress.com
F

I think a bigger question is when will it end. If there is a 2nd wave which some expect around November/December combined with the seasonal flu which is largely being ignored it is entirely possible that play will start in November and end in January.

Had to be honest, I thought they would do Ivy and non-Ivy.

I mean it basically is, just with Cornell and Quinnipiac switching sides. But it does seem to confirm that my speculation was somewhat erroneous, that speculation being that if the Ivies cancelled things on their own, the other six might still make a go of things; this suggests to me theres consensus that if the Ivies wouldn’t play, the league is not playing period.

Though with all that being said, I still think there’s a dark horse shot that if the league cancels, Clarkson and St Lawrence say “hey, you just want to play each other every weekend?”
Last edited: Yesterday at 10:52 PM