James B. had a good game yesterday but great players at UConn score within the flow of the game. Chris Smith, Ray Allen, Caron Butler, Donyell Marshall, Shabazz Napier, Ben Gordon, and Emeka Okafor were stars at did not the issue to score. I do think that Cliff Robinson, Kemba Walker and Jaylen Adams had to be a little selfish because their teams relied on them more and had less talented teams than the others. James has to trust his team more and his team has to step up to make the game easier for everyone. Not taking anything away from his game but he could have had a smooth 30 pts and the win!

Some of the stuff that gets said here is bonkers, if anything Bouknight is not selfish/assertive enough.

I promise you James Bouknight is not the problem

Dream Jobbed 2.0 said:
I wish we had Jaylen Adams but we got his brother instead
Expand ...

When the team need somebody to carry them Bouk stepped up. I wish he took more shots. He was literally unstoppable.

Overall the team doesn’t crack 80 points & the kid criticized is the one that goes for 40 w/ good efficiency.... this place is a fun place to be 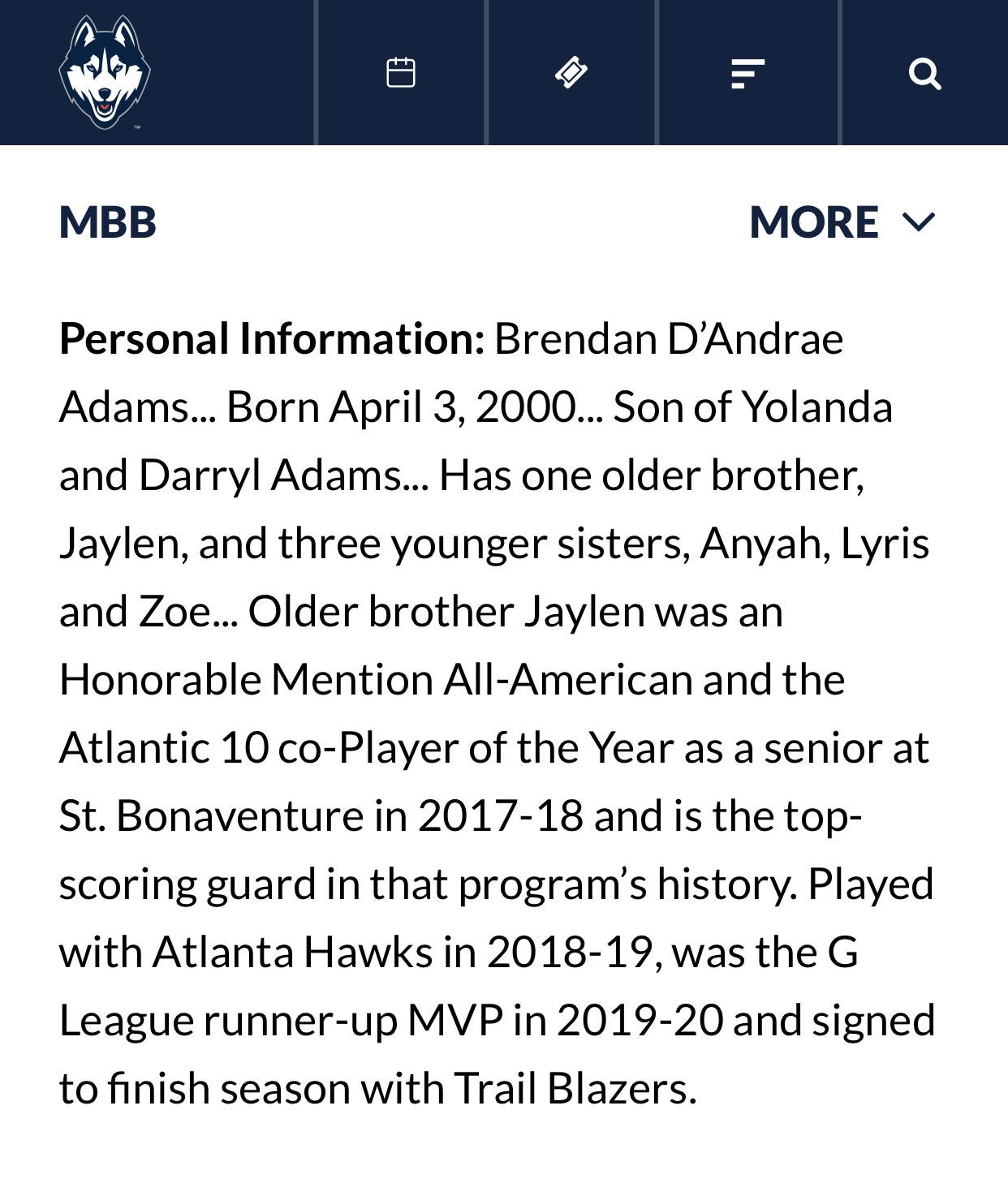 Dumbest post ever, I guess he didn't watch the game, without Bouknight we lose by 30. The offense shoud have been, you 4 guys stay on this side of the court, and don't get in his way.

I dont have a drug problem I have a police problem

@Bigflip12 - you got the other players have to step up part right.

One of the worst takes around these parts and that's really saying something.

I always come to this place for my morning chuckle. Embarrassed some of you are my fellow alums or just fans. Smh