UConn in the WNBA roundup:

That venerable Sage from the east

Twenty-four regular season games down, 108 to go, and UConn women’s basketball alumni — from legends like Sue Bird and Diana Taurasi to newcomers like Crystal Dangerfield and emerging stars like Bria Hartley and Azurá Stevens — have already made sizable impacts on their WNBA squads. Here’s a breakdown of who has stood out in the first week of play among the 16 former Huskies playing in Bradenton, Fla., and what to look out for in Week 2.

UConn in the WNBA roundup: Bria Hartley’s stellar start, Sue Bird out with a bone bruise, and more updates from Week 1 of the season

UConn women’s basketball alumni — from legends like Sue Bird and Diana Taurasi to newcomers like Crystal Dangerfield and emerging stars like Bria Hartley and Azurá Stevens — have already made sizable impacts on their WNBA teams.

Any word on Vivians? She left the game Sunday with an apparent knee injury. The same one she tore last year.

A little more UConn love in the WNBA

In the WNBA's first full week of the 2020 season, teams began to see their personalities jell, and some players emerged as surprise X factors.

Sometimes the surprise is a specific part of a player's game, such as the improved 3-point shooting of the Chicago Sky's Gabby Williams. The former UConn Huskies star was 1-of-12 from behind the arc in college and 14-of-67 in her first two seasons with the Sky. This season, she is 8-of-18 in four games after working hard on her 3-point shot while overseas.

It's no secret that the consensus opinion was that Phoenix overpaid by giving a near-maximum free-agent deal to guard Bria Hartley in February. She'd had six pretty good seasons in the WNBA but had never averaged more than 9.8 points and 3.6 assists. But so far, it seems like the Mercury's assessment was correct. Hartley is averaging a team-best 19.8 points, which includes games of 26 and 27 points and a career-best 3.8 assists. She's also shooting 44.4% from 3-point range (12-of-27).

After missing 13 games in 2017, 18 games in 2018 and not playing in the WNBA last season because of a knee issue, Moriah Jefferson needed to step into the starting point guard role this year for Dallas. Could she return to being the player she was as a rookie starter in 2016?

So far, that has been the case. Jefferson, who grew up in the Dallas area, is averaging 8.8 PPG and 3.0 APG for a young Wings team that has a lot of growing to do but talent to build on. Jefferson appears to have a good connection with the Wings' youthful stars and leading scorers, second-year pro Arike Ogunbowale and rookie Satou Sabally.


Admittedly, it's never really a surprise when a UConn player excels in the WNBA. But there were enough questions about point guard Crystal Dangerfield -- because of her 5-foot-5 stature, perhaps -- that she fell to the second round of April's draft. The Lynx were thrilled when she was still available at No. 16. Dangerfield said she didn't really care what spot she was drafted in; she was happy with the fit in Minnesota. 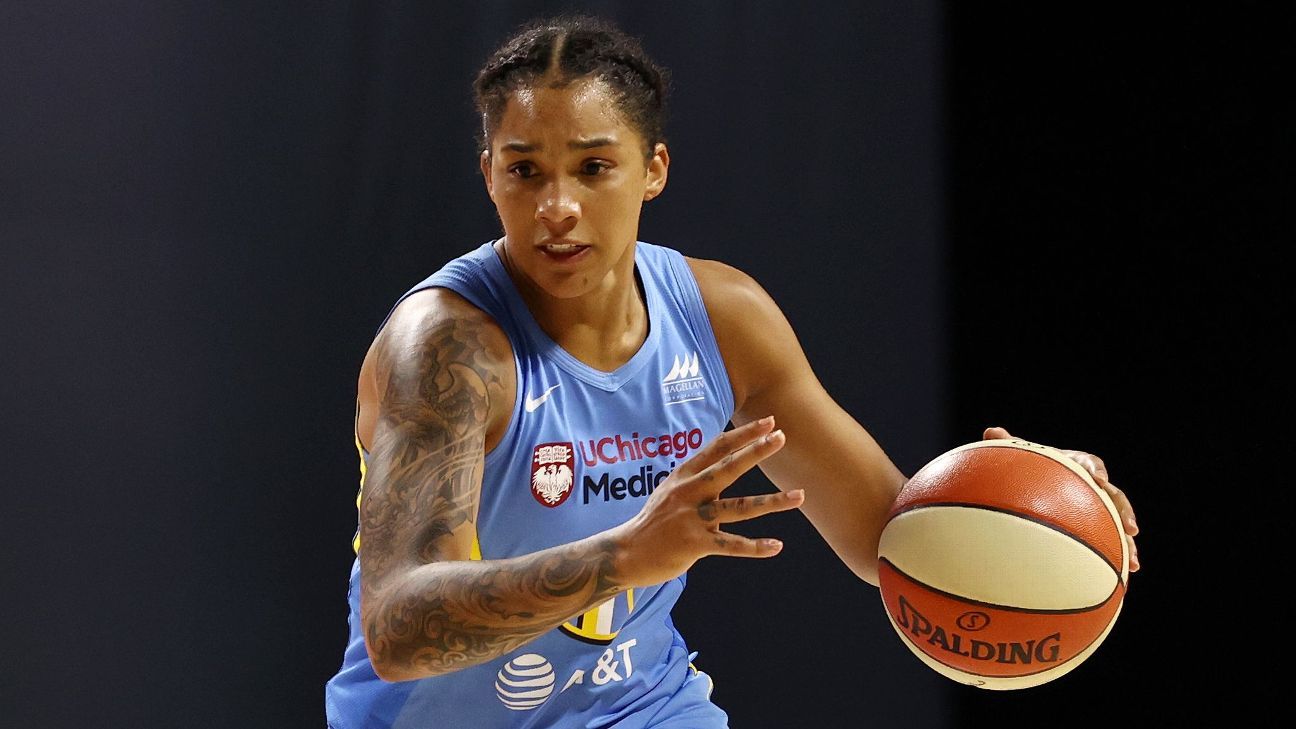 WNBA Power Rankings and surprising X factors for all 12 teams

In such a short season, teams need unexpected stars to have some big moments. Who has stepped up the most? And how did the Fever jump from last place to seventh?