Liberty are also without my favorite Rebecca Allen, 6'2" Australian.

donalddoowop said:
They don't seem to have the talent to compete with the better teams. Sabrina's frustration could be seen at times. She will probably go through the same things Tuck, Jefferson, and Stewart went through in their rookie year. They were not used to losing so much. It's likely that when her team surrounds her with better talent, she will accomplish as much in the WNBA as she did in college, minus the triple doubles, and the team will start competing for championships.
Expand ...

I agree. One of the things that stood out to me when watching the game is that Dallas, while just about as "young" as New York, is a team that looks like it has the potential to be very successful down the road. The possibility of growth seems to be everywhere on the roster.

Not so NY imo. Maybe the "experienced" bigs will improve as the season goes on, but that seems to me a long shot at best; and I also don't see Joiner Holmes finally waking up and becoming the player so many have predicted. One could also argue that neither of the experienced guards is the answer. I hope I'm wrong about all of this and surprised by some players I know little about (Willoughby), as well as some I do (Walker; Durr, once healthy). But, overall, this seems to me a very problematic roster and, equally important, one that doesn't have the kind of potential for growth that, say, Dallas has or even the Oregon team when Sabrina was a freshman.

After starting 4-5 tonight, Sabrina hurt her ankle tonight and went out after 12 minutes. I hope she's ok.

MilfordHusky said:
After starting 4-5 tonight, Sabrina hurt her ankle tonight and went out after 12 minutes. I hope she's ok.
Expand ...

There was an ESPN report this afternoon that the injury could be season-ending for her. Hope not.

JoePgh said:
There was an ESPN report this afternoon that the injury could be season-ending for her. Hope not.
Expand ... 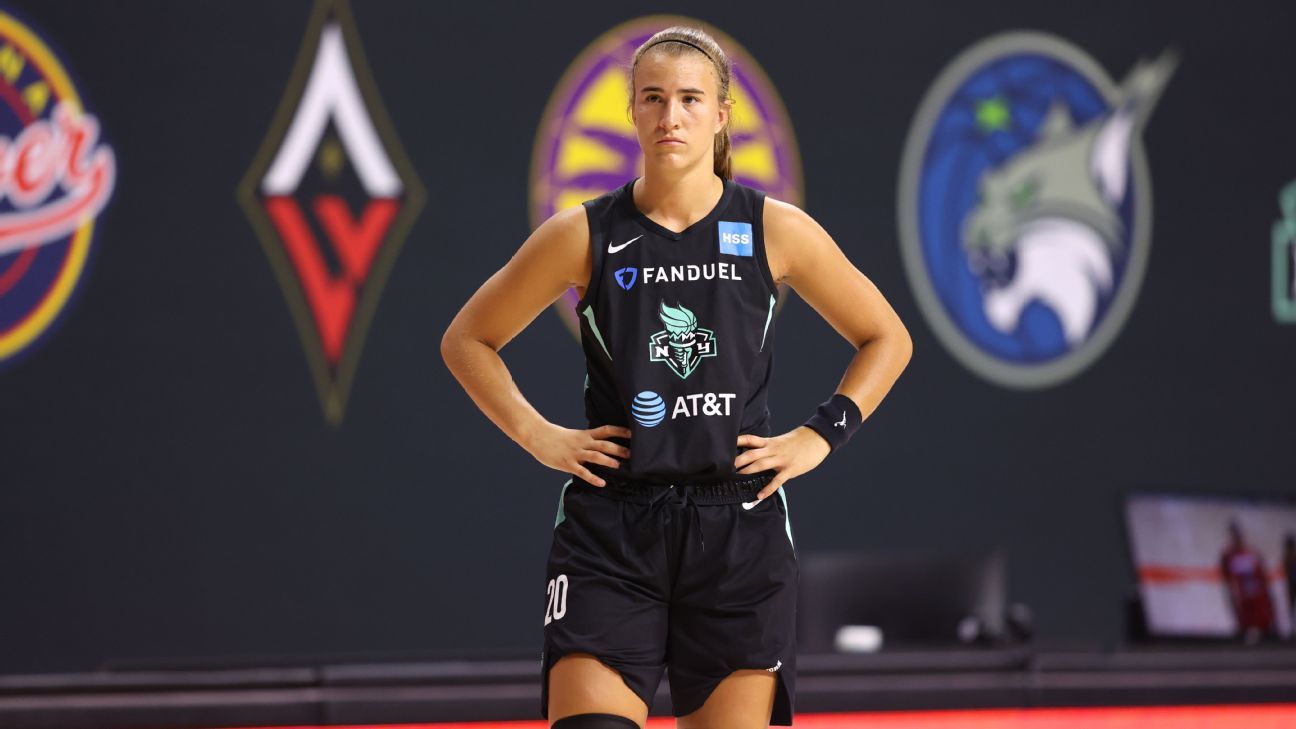 The Liberty will be without star rookie Sabrina Ionescu, as she suffered a Grade 3 sprain to her left ankle.