Only respect between the legends. Ray has been such a great ambassador for us and for basketball in general. 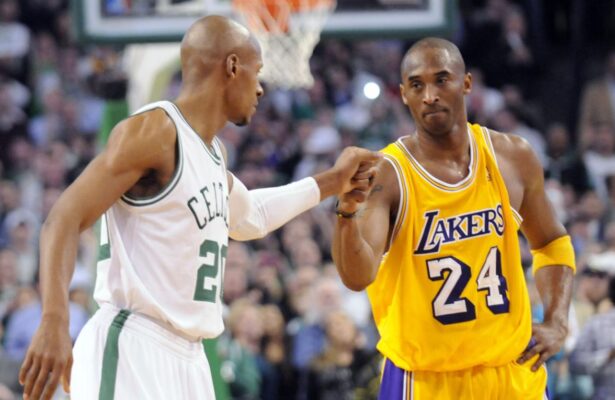 Over the course of two decades in the NBA, Los Angeles Lakers legend Kobe Bryant created several rivalries with opposing players. One of those on-court rivalries was with one of the greatest shooters of all time in Ray Allen.

Kobe broke Reggie Miller's record playing Kobe. Kobe congratulated him, and it was genuine with admiration. Kobe respected many players but rarely showed it (in game), but with Ray it was different.

Ray and Iverson were about the only 2, I can think of where it showed during games, both Big East products.

Are they forgetting this: The Ray Allen-Kobe Feud
S