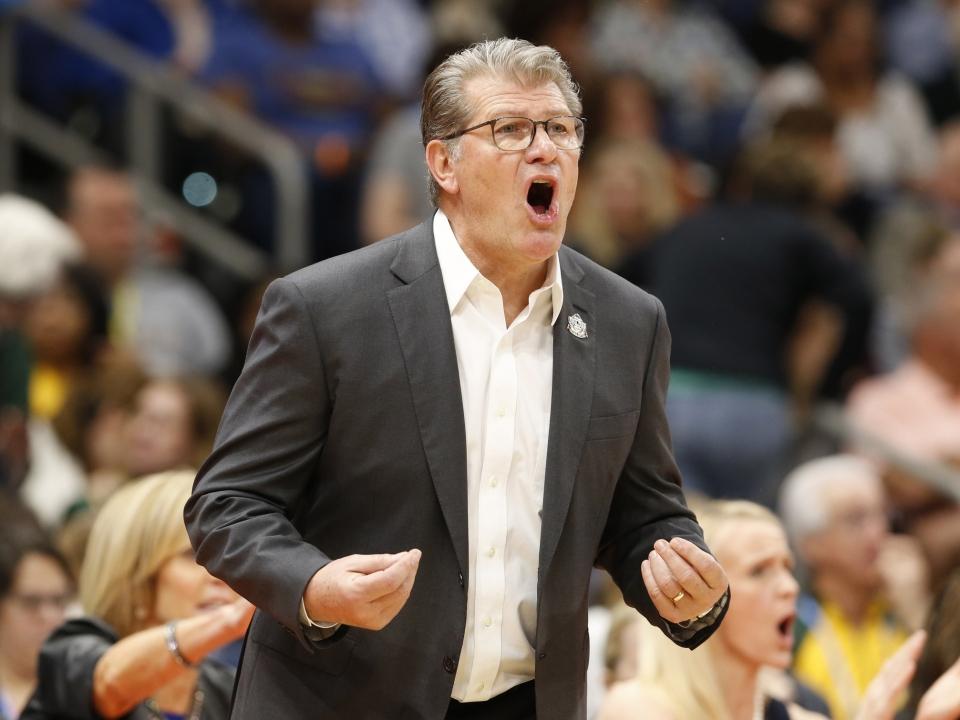 The AP poll has been ranking women's college basketball teams since 1994. But is it actually a good predictor of regular season success?

Not so sure it proves AP preseason polls are so accurate as it proves there's not much parity in WCBB.

This "study" tries to claim too much and proves too little. An 8 percentage point difference from the men is proves little and, as noted above, can be explained by a number of factors. And why should it be surprising in a sport where players stay for 4 years, and a handful of top players can have an out-sized impact, that preseason predictions are mostly reasonably accurate?

Rather, for me, a couple of things jumped out. One, the Tennessee debacle where a predicted top ten team finished the season unranked. And the the remarkable achievement of UConn finishing in the top 3 for the entire decade covered by the study. And yet, early season polls seem eager to dismiss this history and say that THIS will be the year that UConn falls. Hoping, no doubt, to be able to claim at the end of the year that they are the ones who accurately predicted UConn's demise.

meyers7 said:
Not so sure it proves AP preseason polls are so accurate as it proves there's not much parity in WCBB.
Expand ...

I think they go hand in hand. Polls are more predictive in WBB because of a (relative) lack of depth and parity.

The thing that jumps out at me from the data is that there's UConn and there's everybody else.

Rounding out the top 5 are "C/C" performer Stanford and and "C-/F performer Tennessee. Stanford's pre and end percentages are 77.2% and 76% with Tennessee displaying 70.8 preseason and 53.6%.

Also of interest is those programs that are most consistently over-rated. Teams that ended the season ranked lower than their pre-season ranking were (probably) over-rated. Big 12 teams Oklahoma, Texas, and West Virginia led the way in being over-rated with Oklahoma scoring 62 fewer points (over the course of ten years) by the end of the season than they scored at the start. Texas at 51 points and WVU at 50 points followed.

The most under rated team (by a landslide) was Oregon State which scored 34 more points in end of season polls than they did in the pre-season. Said differently, Ore. St. improved its ranking by an average of almost 7 places over the course of the season for the 5 years they started as a ranked team. No love for Corvallis, that's for sure. Following the Paddletails are the Terrapins undervalued by an average of one place every year for 9 years.

Strangely, as good as the Huskies are, even they have been undervalued by voters, which is difficult to do given that they started 6 of the 10 years in first place. Can't go up when you're on top. Other really good programs undervalued by the voters are Notre Dame, Baylor, Miss. State, and South Carolina.

There are at least 50 people on this board who can do as well or better than the AP and all their "experts".
I'd say that if the name wasn't Tenn they never would have that 70.8 preseason mark. It's the most obvious example of how the media hypes those teams that "just happen" to be prominent on their schedule or more importantly, play in a major market. Mid-majors like Buffalo and Dayton of recent years never make it to the table until the NCAA's while teams like Georgia, who had a history of scheduling a dozen cupcake home games and are in the top 15 by Christmas because they are 12-0. Then they start playing real teams and play the rest of the season at .500 or less but only slowly drop down. By being in the top 15 for so long early they get a decent seed. Not to pick on Georgia, who has a newer coach and seems to be improving but several P-5 teams benefit in exactly the same way. Texas is another.
You must log in or register to reply here.
Share:
Facebook Twitter Reddit Pinterest Tumblr WhatsApp Email Link