When No. 2 UConn takes on Georgetown in Big East play at McDonough Arena tonight, it marks the first of five consecutive true road games on the schedule, matching the longest such trip in program history. On its five-game trip, UConn will travel approximately 5,300 miles. The Huskies’ other five-game road trip took them to Southern Connecticut State, Brown, Providence, New Hampshire, and Springfield from Feb. 9-21, 1980. That bus trip was approximately 700 miles. The game tonight is the team's fifth in 10 days. The Huskies are not scheduled to play at Gampel Pavilion until March 1 when they play host to Marquette. UConn is 46-6 all-time vs. Georgetown. The Huskies have won the last 29 meetings, dating back to 1993.

This is the second meeting between them. After playing the Hoyas (1-9, 1-9), the Huskies will take a ride to St. John’s on Wednesday, fly to Cincinnati to meet Xavier on Feb. 20, then piggy-back flights to Omaha and Indianapolis to face Creighton and Butler on Feb. 25 and 27. On Jan. 23, Olivia Nelson-Ododa led the Huskies with 19 points and nine rebounds in a 72-41 win in Gampel Pavilion. Georgetown is coming off a 60-52 loss to Seton Hall on Monday. 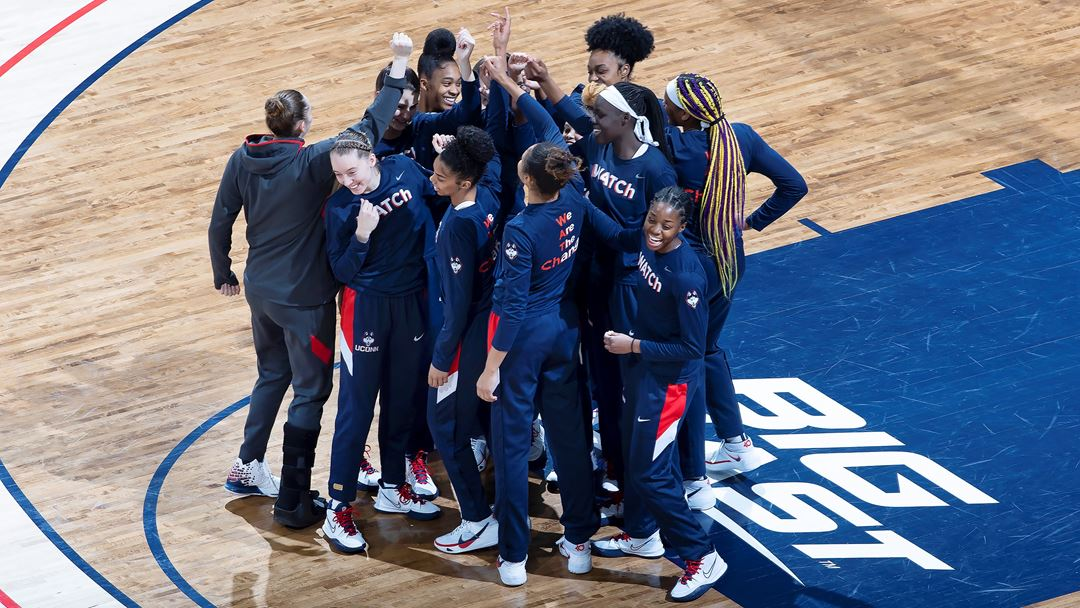 Kelsey Ransom leads the Hoyas with 11.1 points per game while Milan Morris-Bolden is second with 10.9. The team shoots 34.0 percent from the field and 20 percent on 3s, some of the worst marks in the country, though they are decent on the offensive glass.

Here’s the skinny on tonight's game:

No. 2 UConn women’s basketball vs. Georgetown: time, how to watch, broadcasters, preview