Nobody under 67 watches channel 3.

I still have football season tickets

HuskyHawk said:
Haven't lived in Connecticut since 1991 but wasn't Janet Pekinpaugh on Channel 3? That was reason enough for me back in the day.

I watch Boston 7 traffic at the gym every morning. And I don't usually drive into Boston. 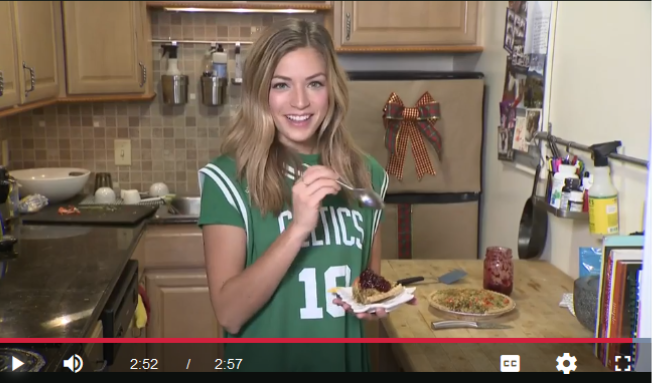 HuskyHawk said:
Haven't lived in Connecticut since 1991 but wasn't Janet Pekinpaugh on Channel 3? That was reason enough for me back in the day.

Padutch5 said:
OK enough of the macho crap. I have season tickets for both men and women at XL center.
Yes the poll is non scientific. Even “scientific “polls are not without error—witness the 2016 presidential polls, So dont get your underwear all in a bunch.
How many times on here have I seen threads along the lines of “how could so many fans be leaving before the end of the game.” You dont see those on the UCONN women’s channel. Very few leave no matter what the score,
Also, The men’s team has just been through 4 bad years. [three terrible ones under Ollie with no spirit or energy. ] I think that has an impact on this poll as well.
One more fact that is bound to get everyone up in arms. Please exclude this years men’s team where the old UConn is back, but the men’s college game has become difficult to watch. A lot of one on one like the pros. Little passing. Yes, this years team is bringing all of the good parts back but I think its the last three or four years those who answered the poll are remembering.
Expand ...

What is the macho crap? I always root for the UConn women but I find the sport close tk unwatchable.

I find the idea that women play a better brand of ball or a more fundamental brand of ball beyond ridiculous. Geno always had this right, the two sports should never be compared.

The men can never recruit at that level and though I respect the women’s accomplishments and their style of play, the degree of difficulty the men face is many times more. Think for a second about Kemba’s BE tourney run all the way to the title. The women basically start their run when they have been dominant in the Final Four.

huskypantz said:
I watch Boston 7 traffic at the gym every morning. And I don't usually drive into Boston.
View attachment 51004
Expand ...

I am a Fox24 news guy, but I have definitely noticed her. There’s quite a bit of local talent on the Boston stations.
U

WhereistheDove? said:
I think this says more about channel 3 news viewers than the UConn fan base.
Expand ...

absolutely. didn't see it mentioned but follow-up question was which TV show is preferred: Murder She Wrote or Matlock.

Murder she wrote came in 2 to 1

huskypantz said:
I watch Boston 7 traffic at the gym every morning. And I don't usually drive into Boston.
View attachment 51004
Expand ...