>>The core of UConn’s D-line has held steady for the past two years. There’s Travis Jones, the 300-plus pound tackle from New Haven who emerged last season as one of the Huskies most dynamic players; Caleb Thomas, another burly tackle who has started for most of the past two years; Kevon Jones, an East Hartford native who moved from linebacker to D-end last year and made big plays in big moments; Lwal Uguak, a versatile end/tackle who led the team with four sacks in 2019; plus Jonathan Pace and Pierce DeVaughn, who debuted in 2018 and contributed last season in second-string roles. Ends Dillon Harris and Eric Watts arrived last fall to round out the group.

On a roster that’s had ample turnover in recent months, continuity could make the D-line a team strength.

“To have the guys still here, doing the same things, taking the same coaching, making new mistakes and not the same mistakes, it’s huge,” said Dottin-Carter, who has coached the UConn D-line since 2017. “It has enabled them to be leaders on the team. They’ve taken that leadership role, and they’re running with it.”<<

Not an expert in DL play but didn't see a lot of mistakes by the D line last year, more so not athletic/strong enough. Lot of better defenses (which in 2019 was 127 of 130 teams) have at least one D line disrupter and if one (or more) of these guys turns into that it changes the whole equation on defense. Last year opponent QB's had way too much time to wait for receivers to get open and DL (with not enough help from LB's) just couldn't cover all of inside tackle, off tackle and wide runs and opponent offense seemed to read the weakness area and exploit it far too often. Giving up 40.5 points a game was bad, maybe not UConn 2018 or UMess 2019 bad but still bad. Need a real lot of improvement.
DL and QB have lot of returning "minutes" and getting to sweet spot of experience level (more so DL) so now find out how much talent is there and how well HCRE2.0 and his team of coaches scheme/develop the team. Playing lot of lower level FCS teams in 2020 so being way out talented should be only a handful of games at most.
G

IMHO, the key is to shore up the back of the D. As long as we are weak in coverage, we can not free up LBs or DBs to apply pressure on the QB. You can see T Jones routinely get doubled, but that only matters if someone is free to exploit the double. When you rush 4 vs 5 or 6, you routinely allow the QB time to survey the field.
M

The entire front seven (sans maybe Jackson Mitchell) should be upperclassmen next year. It's been a while since that has happened.

"Lead the team with four sacks."

Got to do better.
G 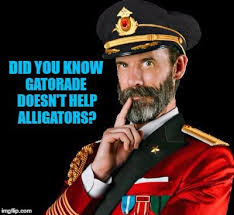 He may not be double-teamed as much this year. Very excited about this group. Need to have a better pass rush to help out the secondary.

A Half full kind of guy

The front seven should be better with knowing the defense better than last year and another year of growth and strength should help as well.