OT: semi Just made the best purchase ever

Mr. French said:
Mine WAS better than this. It was clearly written with fabric paint stuff, but it was a semblance of a jersey lolol
Expand ...

But that was good for Tennessee.

Get a Job said:
Mine just arrived today, and it is awesome. Way bigger than I expected. It'll probably be a couple years before my daughter can even make a basket. Hopefully I don't wear it out by then.
Expand ...

Dang! I didn’t even get my tee shirts yet they said mid June I think for delivery... you must know mrs. Fanatics or something.
G

Mr. French said:
Dang! I didn’t even get my tee shirts yet they said mid June I think for delivery... you must know mrs. Fanatics or something.
Expand ...

Fanatics had sold out by the time I was ready to pull the trigger, so I ended up ordering from Amazon. I would have waited if I had known Fanatics would have more in stock so soon. Oh well.

Anyway, it's well worth the wait. Enjoy! And thanks for the tip, by the way.

Shipment has arrived, hoop is assembled! Pics will be flowing soon.

Somehow the Nike tees I ordered are not here yet, ah well.

Payton loves it! Thanks for the tip! 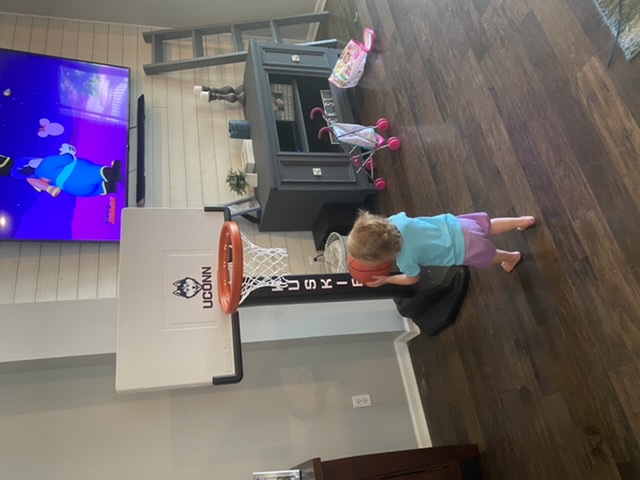 YearoftheHusky said:
Payton loves it! Thanks for the tip! View attachment 54873
Expand ...

Amazing! The next Paige Bueckers

We’ll get some dunks and oops from my man in the Jordan 1s, but first a tribute to each era of UConn hoop (my first 2 pairs were the ‘95-96 Ray Allen blues and the Ricky Moore ‘97-98 blues but I have lost both of them at this point).

Go from ‘99-04 whites, then AJ/Thabeet ‘09 whites, then Kemba ‘11 blues, then the silver hyperelite that were met with average response (rightly so, they’re average) then finally the Bazz/Boat/Adams blues ‘14-16. 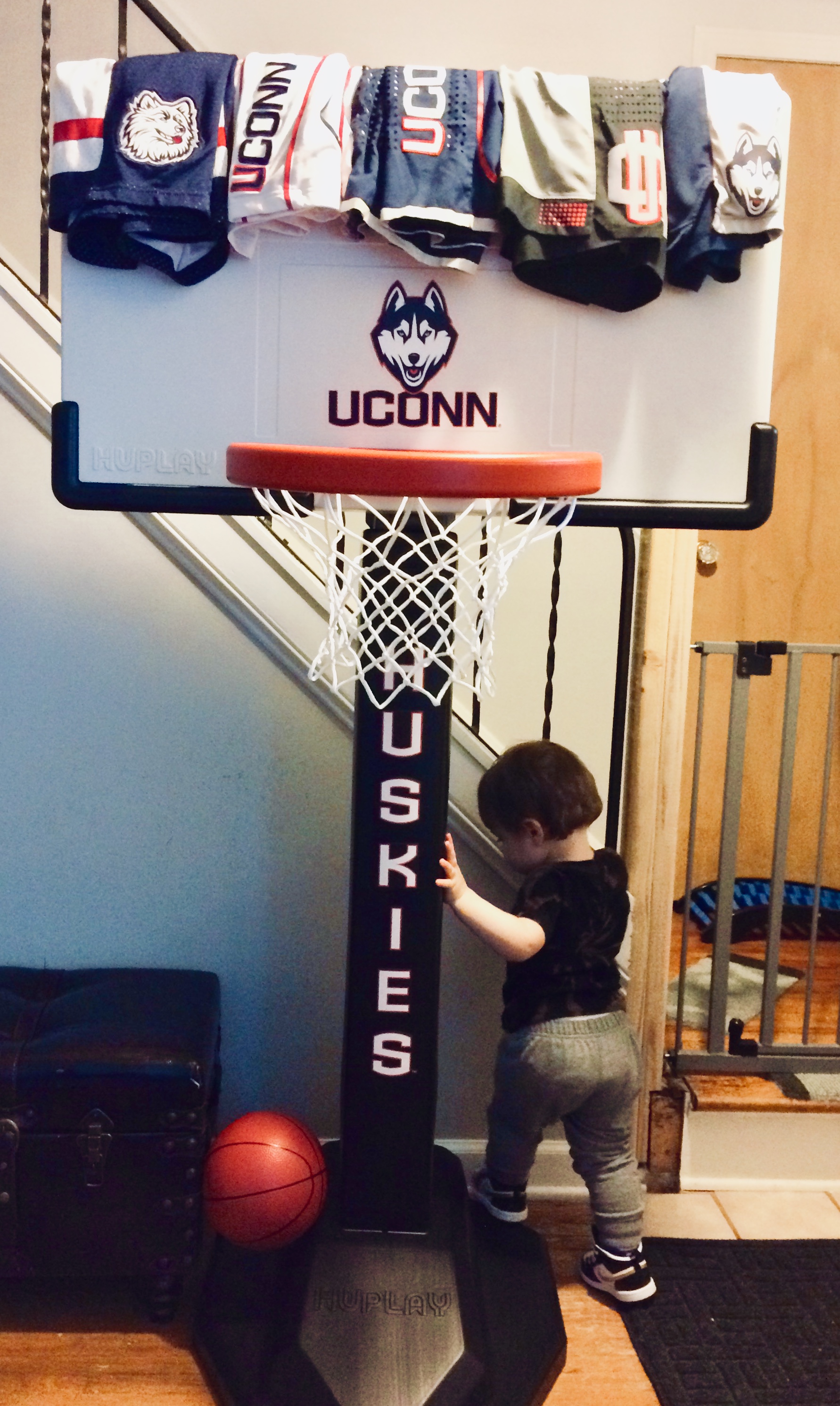 Turned it into a temporary shrine

The great warrior Ricky Moore and one of the sickest warm up jackets in UConn history! 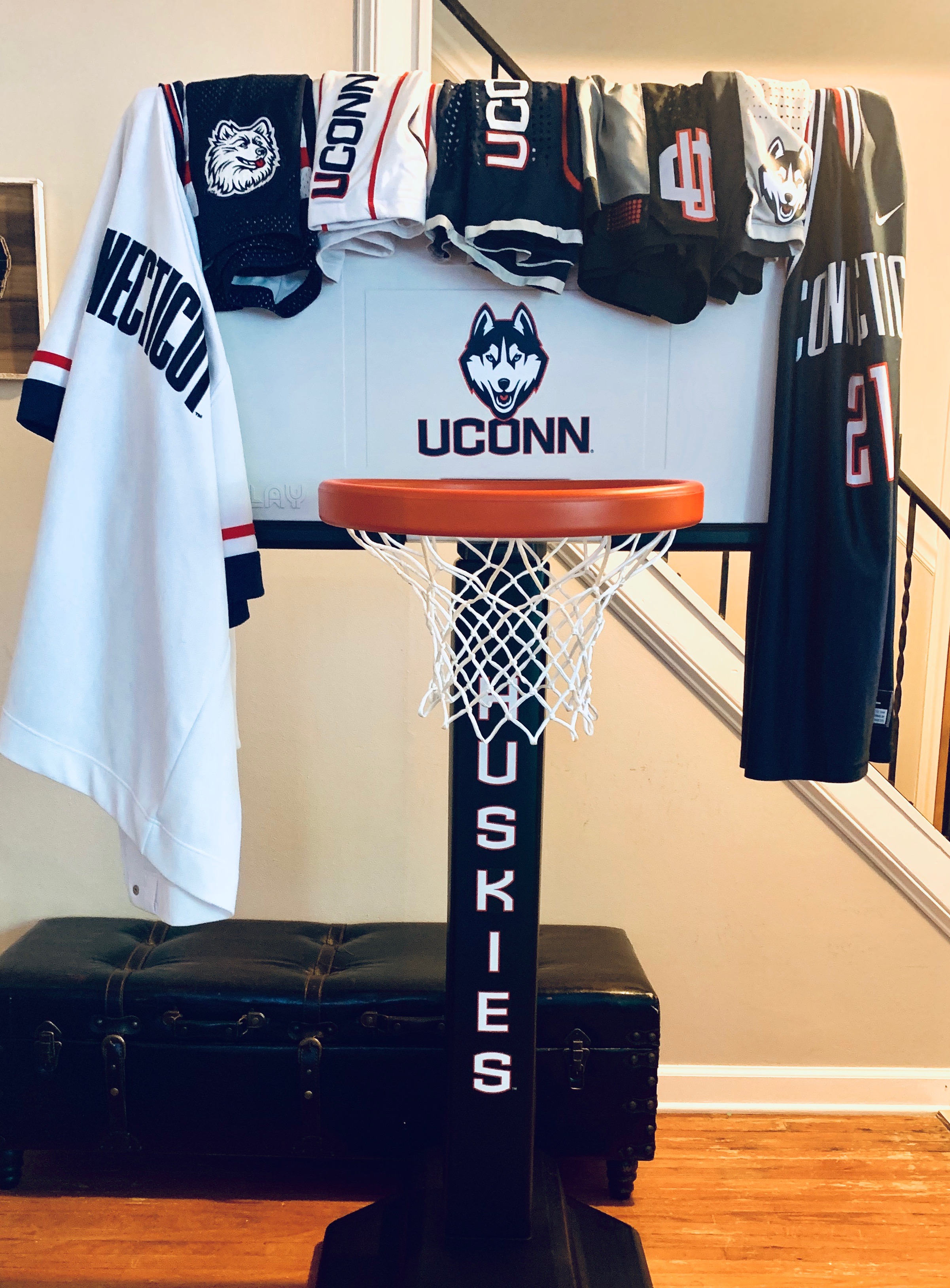 Ok enough with the preamble. I want to see some Chocolate Thunder.

8893 said:
Ok enough with the preamble. I want to see some Chocolate Thunder.
Expand ...

First day, my dude still has 16 month old cankles, working on his ups, so this is the best I got right now: 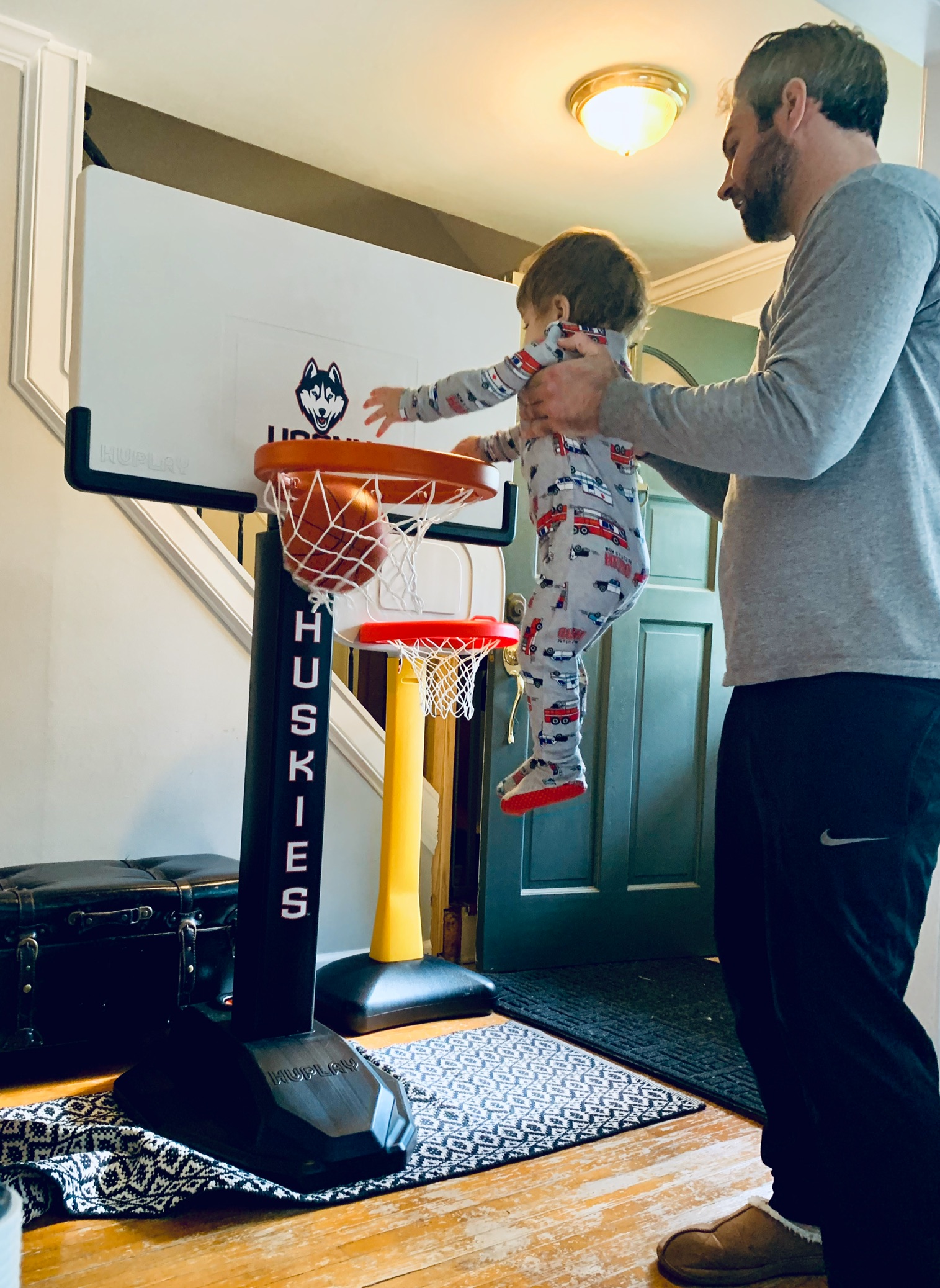 We are using ours by the pool, the front strands of net keep falling out, anyone else having this issue?

rip7774 said:
We are using ours by the pool, the front strands of net keep falling out, anyone else having this issue?
Expand ...

Did you loop it through the small hole first then clasp it?

mauconnfan said:
Solid purchase almost thinking of getting one for the cave.
Expand ...

I just made my best purchase ever for the cave. A soundbar with Roku built in. I went from crappy sound to, not only good sound, good sound with 1-remote total control for the first time ever. It's potentially life changing. 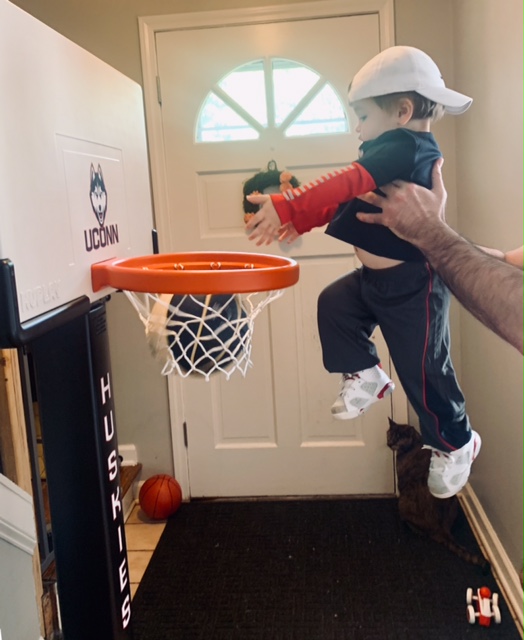