Change Ad Consent Do not sell my data Matthew Wood | The Boneyard
Menu
Log in
Register
Install the app
You are using an out of date browser. It may not display this or other websites correctly.
You should upgrade or use an alternative browser.

UConn recruit Matthew Wood with be playing for Team Canada tonight against Team Sweden in the Gretzky/Halinka tournament. The game is on the NHL network at 9 pm.

Matthew Woods looked good last night. He’s a good skater for his size and has good hockey IQ. The TSN/NHL panel covering the game had high praise for the kid.

Matthew Wood in the Hilinka Gretzky gold medal game Tonight at 6:00pm on the NHL network.

He's 17 years old and looks to be one of the more physically developed kids on the Canadian squad.
B

The last time UConn had a high-profile draft-eligible player on their roster was Tage Thompson, who ended up going 26th overall to St. Louis in 2016. Just last season, Thompson had his NHL breakout with 38 goals and 68 points for the Buffalo Sabres, securing a long-term contract extension this summer. Matthew Wood may have a chance to go even higher in the draft than Thompson did and gives the Huskies another true blue-chipper.

Unlike Fantilli and Stramel, Wood is not a late 2004 birth date but rather a first-year eligible who was born in 2005. Wood should be a high school senior this year, but instead managed to finish early and has enrolled at UConn, set for his freshman campaign. Wood is a 6-foot-3, 190-pound forward who seems to always find himself in the right spots and has a goal-scorer’s instinct.

He led the entire BCHL in scoring last season with 85 points and a staggering 45 goals in 46 games. In the last 25 years, only one player had a better draft-minus-one season and that was Kent Johnson, who was drafted fifth overall by the Columbus Blue Jackets in 2021. Johnson scored at 1.94 points per game his last season in the BCHL, while Wood scored at a 1.85 clip. Wood also had the higher goal total in fewer games and is bigger and stronger. Notably, Johnson was a late birthdate, so was a bit older than Wood was in his draft-minus-one season.

Wood also made Team Canada as an underager at last year’s U18 World Championship, scoring two goals in the tournament. This summer, he played for Canada at the Hlinka-Gretzky Cup, posting five points in five games as Canada won the tournament.

A native of Nanaimo, B.C., Wood is a long way from home playing at UConn and he actually turned down the opportunity to play in the WHL alongside Connor Bedard with the Regina Pats. The fact that Wood has decided to challenge himself by attending college a year early and not simply going to one of the blueblood programs that has dozens of NHL alumni is going to speak to NHL teams. This is a player with the confidence to bet on himself and the skill to give himself a chance to go very high in this draft. <-

This just in: Wood is good!

Wood is on fire.

Wrap around to article <<

-> After the Huskies returned to Storrs, Cavanaugh took a call from his friend and longtime mentor Jerry York, who retired last season after 50 years as a head coach, 28 at Boston College coach, and the sports all-time leader in victories.

“He said, ‘Happy bus!’ ” Cavanaugh said. “He was all excited. He said, ‘The best thing that could have happened is your young guy gets goals in his first two games.’ We had some younger kids at BC. If they start that first month and they don't score, they start questioning, ‘Did I make the right decision? Should I have waited a year?’ I think it was great for his confidence. The team has seen him practice for a month. They know how talented he is.” <-

-> “Then it became very serious a year ago, August,” Cavanaugh said. “The parents were like, ‘You don't have to come out here and visit; let's just do a Zoom call.’ I said to Joe, ‘We've got to differentiate ourselves. We've got to go through the rigmarole of doing what we have to do to get into Canada and go visit him at the home.’”

So they did. They went through the COVID testing and entry procedures, etc. They flew to Seattle, drove across the boarder to Vancouver, took a ferry west across the Strait of Georgia to Nanaimo. The home visit went so well that Cavanaugh and Pereira missed the ferry back to Vancouver. Plan B wound up including a short trip on a sea plane.

“Then on the drive from Vancouver to Seattle, Matty called us and said, 'Hey, I want to come to UConn,' and we were thrilled,’” Cavanaugh said.

“I felt like UConn was a program on the rise,” Wood said, “and it kind of fell into my story a little bit.” <-

Hope we get him for at least one more year. As good as he looks now, you’d have to imagine a second season would be ridiculously fun to watch with him stronger and more experienced.

If he gets drafted in the first round he is 1 and done.

CTBballfan243 said:
If he gets drafted in the first round he is 1 and done.
Expand ...

1st round? This guy is a top 10 prospect. Has a chance to be drafted in the Top 5 if all goes well and he has a great season. The best news for UConn is he could become a wonderful advocate of the school and its hockey program for many years to come.

Punkbo said:
1st round? This guy is a top 10 prospect. Has a chance to be drafted in the Top 5 if all goes well and he has a great season. The best news for UConn is he could become a wonderful advocate of the school and its hockey program for many years to come.
Expand ...

CTBballfan243 said:
I haven’t seen any draft lists where he is in the projected top 10
Expand ...

The hockey news projected him #5 back in August.

Wood was one of only 27 prospects assigned A ratings (1st round prospects) by Central Scouting on Oct 23rd. 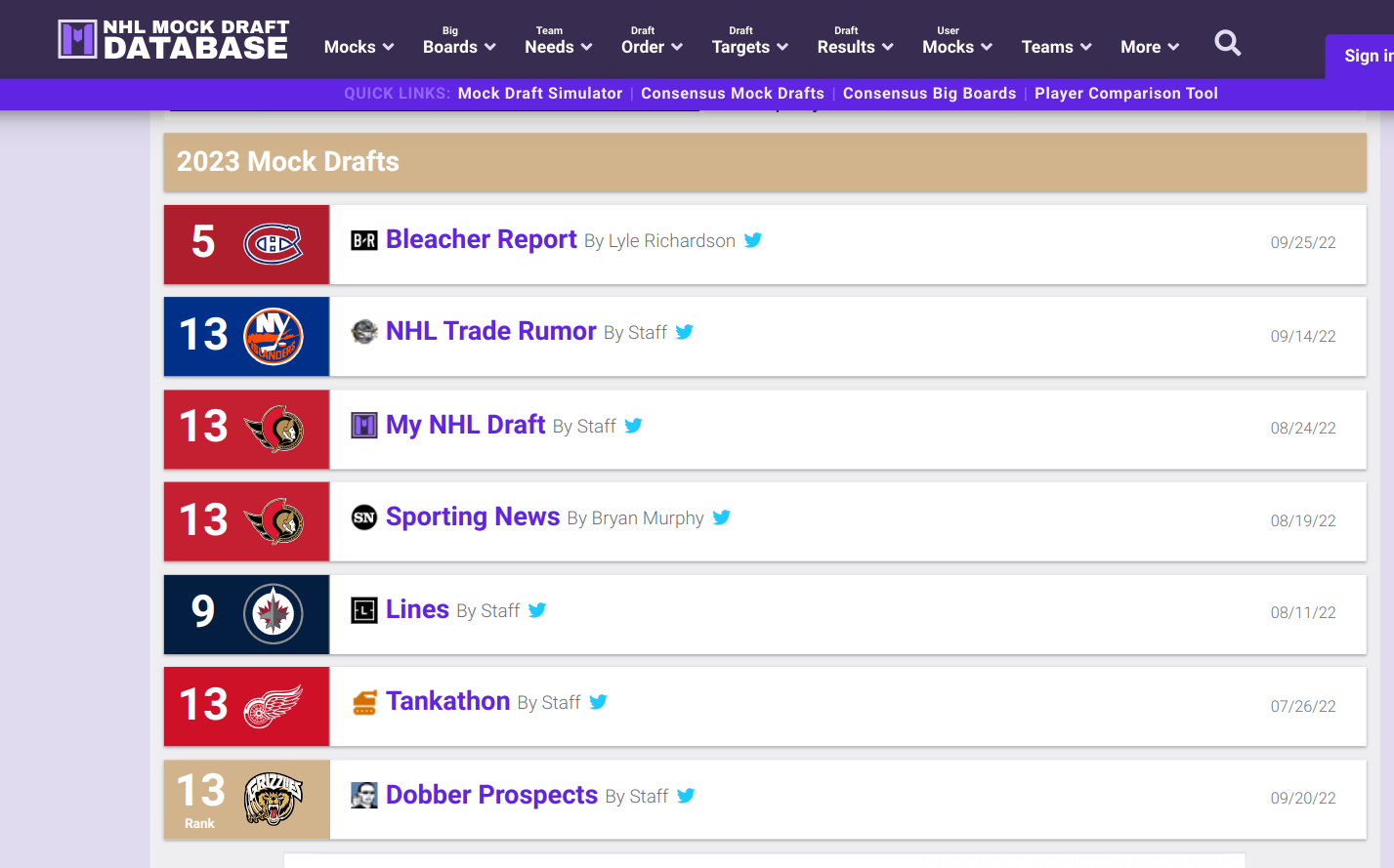