Change Ad Consent Do not sell my data How many medals? | The Boneyard
Menu
Log in
Register
Install the app
You are using an out of date browser. It may not display this or other websites correctly.
You should upgrade or use an alternative browser.

For UConn this time?

Lorcan said:
I’d also point out that while Jen Rizotti was a great part of the coaching staff, she technically doesn’t win a medal. The medal table also groups entire teams from other countries that won medals as a single medal—so counting the 5x5 athletes individually doesn’t necessarily make the statistic fly.

I’m not meaning detract from the great accomplishments of the women, just merely pointing out the flaw in the statement.
Expand ...

Yeah, we know that. It was one of those "he's on a roll" moments.

Only gold medals in the discussion

Zanzman said:
Only gold medals in the discussion
Expand ...

Actually I said “medals”.
Saw a tweet from PennSt boasting about their 8 total medals and one was for the Japan coach (coaches don’t get a medal).

Vowelguy said:
Actually I said “medals”.
Saw a tweet from PennSt boasting about their 8 total medals and one was for the Japan coach (coaches don’t get a medal).
Expand ...

Vowelguy said:
For UConn this time? 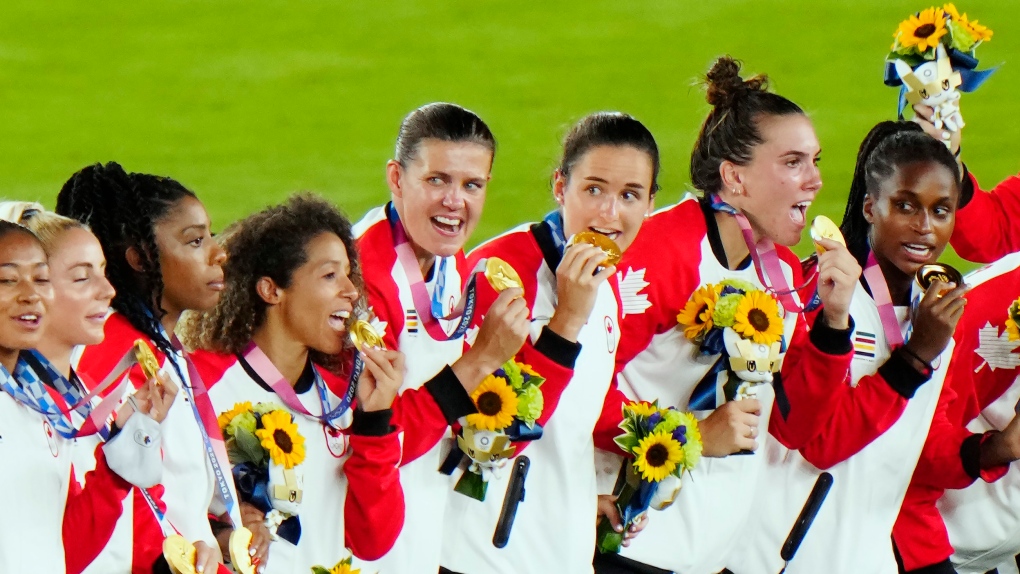 The Canadian women's soccer team captured a long-awaited and deserved Olympic medal in a shootout on Friday. A local connection to the team is helping inspire the next generation of players.