Just because UConn is looking at him, and he is looking at other schools, does not mean that he has offers at any of them (including UConn).
H

huskyblooz said:
Penders has had his eye on Stevens for awhile. Stevens looking at Stanford & Vandy.
Expand ...

Stevens hit another dinger today to go with 4 RBIs

He won't be allowed to trot that slow around the bases on Penders watch.
D

Story on UConn recruit Reggie Crawford, a LHP due to be in Storrs next season. Among other things, it says that 6 major league scouts were checking him out at a recent game:

Story on UConn recruit Pat Gallagher, a RHP due to be in Storrs next season.

dbmill said:
Story on UConn recruit Reggie Crawford, a LHP due to be in Storrs next season. Among other things, it says that 6 major league scouts were checking him out at a recent game:

>>"In April last year I was probably 90 percent certain that I was going to college for swimming, but this summer really changed it around and I switched things up so I'm happy that I did," again said Reggie.

"His world has turned around in the last 12 months from going to be a state champion swimmer, and not really thinking about baseball to now have five, six, seven scouts at every game. Big things are coming for him," again said Nick.

Crawford reached 94 mph on the gun last fall. Once fully stretched out this spring with warmer weather Crawford says he can climb to 96 or 97 mph.

"I'm extremely excited. It's looking pretty promising so I can't wait for it," added Reggie.

"He does have that left-handed sling and like I said he really hasn't thrown that much in the last few years because of swimming. So he has a lot left in his arm and he has a lot more to learn," added Nick.<<

Please stay away MLB...until after his junior year here!

Mr. Conehead said:
Local blurb on Big North Conference's pitcher of the month - Josh Cohen of Indian Hills (the fact that he's even playing baseball today, not to mention going to a a D1 baseball program is an accomplishment in and of itself).

Cohen started his season off with a bang and struck out 15 batters on his way to a complete-game 4-0 win over Marist on April 6. The UConn recruit allowed just two hits in the victory and walked one. Cohen is a cancer survivor and through the Make-a-Wish Foundation pitched in front of scouts at the New York Mets' training facility in Florida last year."

Baseball Players of the Week: Top hitters, pitchers in every conference for Week 1
Expand ...

As the high school infield is still under water (the school is on the side of a hill, so its all tiers with the high school itself on top and the baseball diamond/soccer field at the bottom and as water runs downhill...), I caught Josh Cohen pitch for a bit today. The high school was using the 90' Rec Field, which happens to be across the street from the 60' field my 9U travel team had a game today.

He's not a big guy (I guessed 5' 10", PG has him at 6' 1"); but still is imposing as he just gives off this 'angry professional' vibe as his warm-up pitches hitting the catcher's mitt have a notiable bite to them vesus what I heard from the other guys. He has a high leg lick and talks to himself a lot on the mound. I caught roughly 4 innings and he gave-up 2 hits, 2 walks and no runs. PV, which has a good team, did load the bases in the 3rd with 2 outs; but, Cohen just overpowered the next guy with 3 straight fastballs. One of the Hills' coaches was next to me and had a gun showing Cohen was hitting low '80's. But I bet he can go higher as he was fighting with a soft/wet mound. His fastball ranges between waist and knee high on average and he also flashes an off-speed pitch that really drops. So, good command. His weakness, especially watching him deal with poor footing, is sometimes he tries to do too much. I could hear Hill's Head Coach tell him to 'just pitch,' a lot. Decent glove an defense from what I saw as he easily took care of a 1-3 ground-out and comfortably covered a 3-1 put-out, also. I did not see him bat.

I would also like to catch Favieri this Spring, to; but, its unlikely as I would have to make a special trip to see him as Ridgewood is class IV and thus does not play any of the nearby high schools, which are class II or III. Plus, I suspect I will have no free time once the rain (hopefully) ends as I will be in a mad scramble with make-up games for my 9U and 12U baseball teams.
Last edited: May 6, 2019
D

During the South Florida game broadcast today, Chris Jones mentioned that a California JUCO had just committed to UConn, signing a letter of intent. No name or what position the guy plays was mentioned.

Got a bit lucky today as it was nice out, had an open weekend, none of the 3 youth baseball teams I am coaching rescheduled a game to today, and Hills had a non-division game scheduled with Ridgewood that was not surprisingly cancelled in light all of the divisional and county games that need to be made-up due to the weather.

I was a bit surprised that Ridgewood went mostly with an A-team as they have two division games to make-up this week and are playing a County Semi-Final game on Saturday. Hills, which was the 12th Seed in the same County Tournament and was upset at the 21st Seed (Hill’s field was non playable), fielded mostly a B team. Naturally, Ridgewood, which is projected to be the 2nd Seed in the North 1 Group 4 State Playoffs that begin next week, beat Hills, which is projected to be the 10th Seed in the North 1 Group 3 playoffs, 9-2. Hills was only down 3-1 at the start of the 5th before their Sophomore Starter got tired and was tagged for a 3-run double and then a 2-run Home Run to blow the game open. Josh Cohen did not play at all, though he did smile when I saw my UConn 6th Borough T-shirt and was the only Hills player not to cheer when Favieri struck-out. Oh, both teams need more practice as there were 3 or 4 high pop flies that players lost in the sun and blue sky, neither of which the kids have seen a lot of this Spring.

Favieri played 2B for 6 innings and then came in the 7th to pitch with the Maroons up 9-2 to close it out. He’s about the same high as Cohen; but, is not as built as the Hills pitcher is. That said, his technique looks better and he was very calm. His fastball, which looked to be in the low 80’s, was unhittable. When he missed, he always missed high. He did record 3 K’s; but, did allow 2 baserunners. His off-speed curve needs work as the Hills batters keyed on hit. They smacked a pair of deep fouls to Left, an error with a pop fly to Center was lost in the sun, and a single ripped just past the 1st Baseman. I did not know is that he throws Right; but, hits Left. He ground-out and struck-out in the 2 at bats that I saw (I know I missed at least 1 of his at-bats talking to a neighbor).

Article on UConn commit Todd Petersen, which asks the question, can someone who is 6'6'' play shortstop on the college level?

Newtown’s Peterson a chip off the old block
D

UConn baseball has gotten a commitment from California JUCO Zach Bushling, a 5'9'' lefty hitting middle infielder from Sierra College, the school which also sent Mike Woodworth and Jeffrey Kersten to Storrs. I checked a few game box scores, and found that Bushling played 2B in those games this season.

Another Kern Valley High School athlete will enjoy the next level of competition. 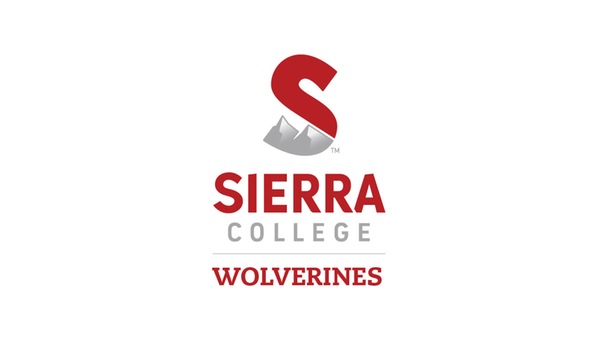 dbmill said:
UConn baseball has gotten a commitment from California JUCO Zach Bushling, a 5'9'' lefty hitting middle infielder from Sierra College, the school which also sent Mike Woodworth to Storrs. I checked some game box scores, and found that Bushling played 2B this season.

Another Kern Valley High School athlete will enjoy the next level of competition.

Varsity Insider @lohudinsider 23 hours ago
Final from Brewster: Bears beat Nanuet 2-0. UConn commit Bobby McBride with the one-hit shutout for @brew_baseball. 13 Ks and 4 BB. Rye glad it won’t have to face McBride tomorrow in the quarterfinals. He shut out Rye, then the No. 1 seed, 1-0, in the first round.

dbmill said:
Article on UConn commit Todd Petersen, which asks the question, can someone who is 6'6'' play shortstop on the college level?

Newtown’s Peterson a chip off the old block
Expand ...

dbmill said:
Article on UConn commit Todd Petersen, which asks the question, can someone who is 6'6'' play shortstop on the college level?

Newtown’s Peterson a chip off the old block
Expand ...

Saw him play this year. Very fluid defender, made some nice throws on the run (charging soft grounders) and he is fast. Needs to get stronger at the plate, doesn't drive the ball as you would think a kid his size would.

Dibbie said:
Saw him play this year. Very fluid defender, made some nice throws on the run (charging soft grounders) and he is fast. Needs to get stronger at the plate, doesn't drive the ball as you would think a kid his size would.
Expand ...

Sounds like a dude this staff can develop into a monster after some time in the weight room.

Do we have a nice little Excel list of our recruitment?
D

Pudge said:
Do we have a nice little Excel list of our recruitment?
Expand ...

I usually post a recruiting update a few times a year, so here we go again:

dbmill said:
I usually post a recruiting update a few times a year, so here we go again: