Change Ad Consent Do not sell my data 2022 Recruiting Thread | Page 39 | The Boneyard
Menu
Log in
Register
Install the app
You are using an out of date browser. It may not display this or other websites correctly.
You should upgrade or use an alternative browser.

They say they’re still committed to UConn but will entertain offers in the wake of Edsall’s departure. 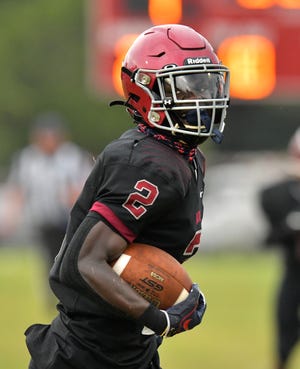 Timothy Pasmore, cocoa’s senior defensive lineman, was watching Florida play Notre Dame on Sunday night, with news flashing at the bottom of the screen. UConn coach Randy Edsall, who promised Pasmore to play verbally, retired at the end of the season. The next day, Edsall soon resigned and it...

Overall sloppy, penalty filled first game back but a couple of nice runs by Rosa…

I hope this isn't the start of more decommits. Any others, yet? I hope we can keep some commits and add to it...

HuskyDogArt said:
I hope this isn't the start of more decommits. Any others, yet? I hope we can keep some commits and add to it...
Expand ...

Gotta roll with the punches. Randy was never going to workout. I REALLY like some of these commits but got rip the band-aid off in one shot. Decommits be darned in our current predicament.

My take on the Jeremiah McGill decommit:
-We see that he was listed #3 preseason at his position in South Florida.
- We also know that FHCRE was a great closer of the deal with parental approval

Because of the player's high ranking, some other high profile & local schools are whispering in his ear (either thru his parents or h.s. coach) due to UConn's current
head coach status. If he has professional aspirations, he put his commitment decision on pause.
I get it. Football recruits are a different persona. Whereas the general student population determines which school to apply to based on what it feels is the best fit
socially, academically, & prestige in teaching its intended major, the recruit also has the added factor of establishing a relationship with the coaching staff that will mentor him in the next level. Some kids just don't like uncertainty.
This decommitment is an example of why A.D. Dave will announce the next Head Coach by Thanksgiving week. It will end the uncertainty.
Best of luck to Jeremiah in the future.